Louisvillians, Get healed on Gnawa 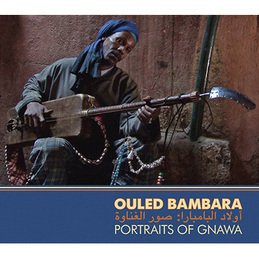 New Films of the African Musical Diaspora "Ouled Bambara: Portraits of Gnawa" + "The Other Side of the Water"

These two new films explore two very different iterations of the ritual and social music of the African diaspora. One in Morocco, among the descendants of sub-Saharan slaves, synthesizing West African animist traditions with classical Sufi Islam in the form of the Gnawa trance healers. The second, among Haitian immigrants to Brooklyn who have recreated the tradition of the rara processional - part street parade, part marching band, part vodou ritual, and part political action.

The event will be Followed by Q&A with folk music archivist and Twos & Fews curator Nathan Salsburg. He's a great public speaker, super-informative and funny to boot.

This is a free event, and unfree drinks will be served, should you have the cold hard cash and temperament to match.

If you don't live in Louisville (or even if you do), you can experience the only existing CD + DVD of Gnawa music in the comfort of your own home by purchasing it directly from our website here.