BUMMER IN THE (INDIAN) SUMMER

Hello, hello – Drag City is back in the house – through the back of course, we know a guy and don’t have time for the queue out front. Well, we’re here. Now what? Should we talk about the weather? As most of you Americans know, it was one crazy-hot (sexy-cool) summer this year, but what we’ll remember (aside from the gallons of sweet-stinky sweat) from it was the wonderful denouement to the whole mess that we experienced here in the merry month of October, as the warmth of the sun mingled freely with the Autumn leaves in a manner most democratic, waking us to the world once again, anxious to find ways to be a part of it.

Our only complaint? We’re too freakin’ busy to frolic in the dying light! The fantasy fortress is busting with new projects for this year and next, include several never-before attempted formats – some of which are already on the boil. It’s like Christmas in July - in October! The gifts of creative living are reigning down on us. Look out for what’s coming down, yo!

GETTING HUNG UP IN OCTOBER

A few years ago, we noticed that people enjoyed art – so much so that they’d even pay money to purchase posters for any one of our dozens of albums that had a promotional poster as part of their new release campaign once upon a time. Just like paintings and their prints, these items were intended to look good on the wall, so just like the merchandisers we fancy ourselves to be, we quickly began offering our posters for sale – you can see the full selection here (link). For a long time after that, we sold posters and were happy. Then one night, at one of our bacchanalian dinners (where we and personally invited members of our local arts community rock until dawn, experiencing all the latest pleasures in every field you can imagine from food to media to contraband), the suggestion of an all-original poster was raised. Good heavens, of course! We’d been asleep at the wheel again. At least we were sellin things and happy though…in any case, we immediately snatched up a bit of contemporary art from the New York-based outside-in art duo of Baim and Lazar, who offered a graphic collection they dubbed ”The Accidental Joke” that would look equally good in the gallery, the penthouse or on the rec-room basement clubhouse wall of your neighborhood’s freakiest teens. Check it out: 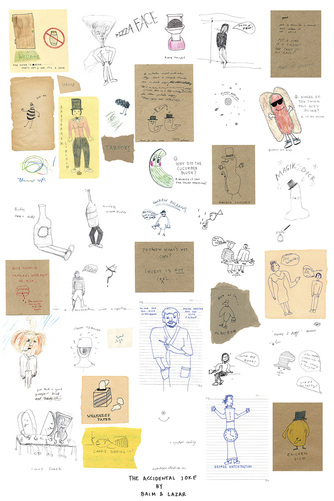 We’re offering it to all customers rolled carefully into a tube and shipped to wherever they tell us the party/gallery is. ”The Accidental Joke” is the first in a venture that we can only imagine will take us to the top of the poster industry. Keep an eye on Drag City for continued innovation in formats that only a fool would deal in! It’s how we made (and lost) our fortune…

Sensitive to the world’s ever-increasing pace, we’ve set a release schedule for “the fourth quarter” (as we say in the executive washroom) that strikes us as quite reasonable – bending your ears, but only just a little bit, so that you have plenty of ear-flesh left over for all the other crap you’re into. Right? That’s what you want, isn’t it? World, you’re so changeable – but we’re gonna ride you, bronco-style, into the sunset, like the singing cowfolk we fancy ourselves to be. Yes, it’s true - there’s a whole lotta fancying going on this fall...

Anyway, September went as planned – challenging but eminently digestable. Our old friend Laetitia Sadier launched her solo career after years as a frontwoman for an internationally popular new music groop with a sweet piece of music called The Trip. On LP, CD and download alike, it has a drift that runs deep and calls you back to the stereo lab to get the spins all over again. We recommend that listeners take The Trip home for listens – or take The Trip with you anywhere you go, it will play in sympathy with whatever environment you pass into. 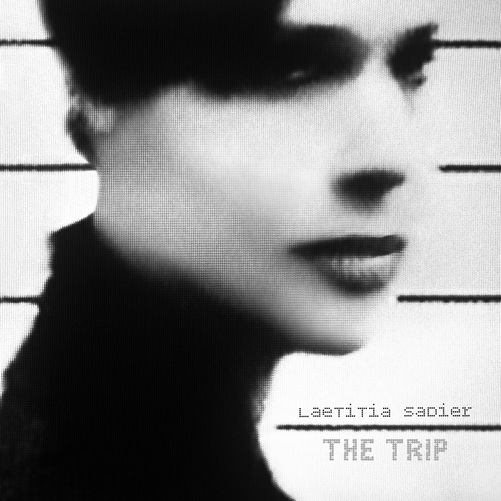 Laetitia is on tour right now, winding her way through a myriad of ancient European lanes as she plays shows in a baker’s dozen of countries. There are plans to bring her over to the USA as well, where her music with and without Stereolab has always been happily received. 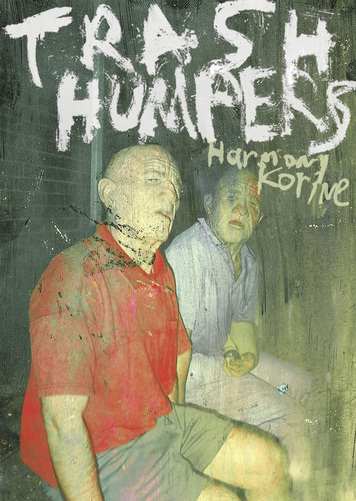 On the other, darker side of the September moon was Trash Humpers. The film that America felt unsure about all during the summer of 2010 became the unrated DVD that America was ready to buy with no questions asked this fall. Harmony Korine’s latest gutter-epic was a natural fit for us, what with our shared fascination with both garbage and, mm, well...humping, okay? And we’re not alone in that! Look in the mirror, you freaks. We’ve sold out a first pressing and are racing to get more in to meet the demand posed by today’s horny-yet-confused underage audiences. Remember, Trash Humpers is a film that Netflix won’t stock – and they have movies featuring full-frontal rapings! No, we’re not talking about Eat Pray Love – be serious, people. If a movie about drunken homeless senior citizen peeping toms creating mayhem after dark can be censored by Corporate America, you know what’s coming next, don’t you? Better erase those hard drives, kids – the man is coming, and he still has no sense of humor.

Ta-da! See? Nice, compact release date with something for him and something for her (Laetitia and Trash Humpers, respectively). It felt so good we did it again this month!

LIVING ON THE FALL LINE

October is all about providing a couple of sweet niche delights that have the possibility of appealing to the eclectic soul of listeners and seers everywhere – plus maybe offering a little flash of nastiness to appeal to the rebel within your benign form – like the poster called ”The Accidental Joke” mentioned in our rave above. It’s on sale in the stores that count right now, if not as soon as they read about it here. If you don’t see it, ask for it! If you can’t get it, it’s brick-through-the-window time! Your local stuff-shop’s gotta learn some respect for you and your desire for mixed-media trends! Or else they taste some brick. 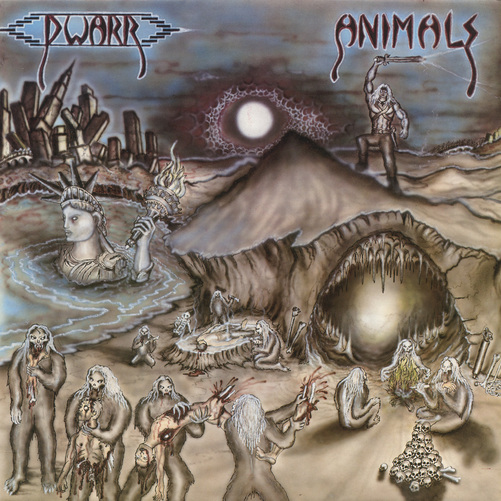 Also on sale in October is another reissue from the Yoga well, whose previous finds for Drag City were showcased over the summer: Jeff Eubank’s A Street Called Straight and Matthew Young’s Traveller’s Advisory. Two very different records that showcased the renegade spirit during the most awful of decades in American memory, the 80s. If you were doing anything good in that decade, nobody probably knew about it until later, that’s how bullshit it was. And then when “they” (you know, “them”) learned about it, it got co-opped into something terrible, like when punk rock became popular and every jock asshole used it as a way to be an even bigger dick at shows. Or when the Dead got huge – that sucked! They were “our” little secret (you know - “us”). Face it, underground was the only place to be in the 80s. That was where the good work was getting done and Dwarr is just more proof in the pudding. Animals was an almost completely unheard example of indie metal when it was self-released by South Carolina’s Duane Warr back in 1987. Brimming with the nightmare of working-class rage and spiritual crisis and recorded in a Columbia SC trailer park on Tascam 8, Animals is a rippingly violent and hallucinogenic cry from deep within the Over The Edge/River’s Edge nation – as a matter of fact, we’ve never heard anything so real! Now it’s back out there and Dwarr is getting accolades from rock zines like Premier Guitar and Decibel and Heathen Harvest and lots more. Time to get yourselves some Animals – but be sure to get two: the water is rising… 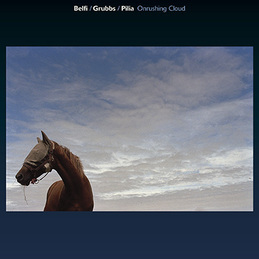 Also out on October 19 is a new-phase Blue Chopsticks release from David Grubbs, Stefano Pilia and Andrea Belfi. It’s called Onrushing Cloud and it asks you to find it in an entirely new section of the store called the vinyl section! Which is fine, we’re sure you know where it is. This is the first Blue Chopsticks release to come out on vinyl after twenty releases – and just in time too, since Onrushing Cloud’s combination of guitars, percussion and electronics is a perfect blend of sounds to be engrooved in vinyl for posterity. Look for it to listen to it!

THE AWAREHOUSE COMES TO DRAG CITY

In the past couple of years, we’ve managed to turn another longstanding love of ours into a business interest! That’s either very awesome or very sad. Actually, it’s just awesome – because this love/business proposition involves Father Yod’s Source Family, whose self-released albums from the early 70s have been a cult favorite for heavy listeners for years now. First in our new partnership with our good friends from the Source came Children of the Sixth Root Race’s Songs From the Source, a never-before-heard piece of music. Then came Father Yod and The Source Family’s Magnificence In the Memory, a collection of unreleased recordings from ‘73-’74. Now, we’re pleased to bring you everything else that’s still in print from the Source Family’s Awarehouse, from CDs and vinyl to books and a documentary DVD to stickers and a dry erase board! Check on all of it here right away – your enlightenment can’t wait very much longer! 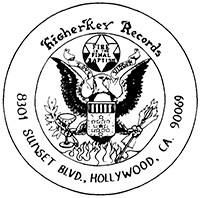 COMING TO A CATHEDRAL NEAR YOU

No matter where our artists play their shows, an aura of holiness abounds. It’s an optical illusion of course, holiness is in the soul of the beholder, there is no God per se – but on the night Joanna Newsom plays Carnegie Hall, she’ll be treading on ground somebody around there’s gonna called hallowed. And the Bonnie ‘Prince’ Billy & The Cairo Gang shows we saw several literal cathedrals of Ireland and England, they were enough to cause us to swear to God we’d never had a better night! Here in Chicago, we’re always speculating that a certain club that shall not be named is built on top of an Indian burial ground, so intense are the vibes of death that eminate from the floor itself every time we’re in there. Actually, maybe every club in Chicago is on top of some kind of graveyard. Ah, whatever – the point is, you should visit with the musical representatives from Drag City nation in all the crazy venues they choose to play, whether they’re a temple or some secular dump. Or an actual dump. The music makes it special every time.

GOING UP TO ELEVEN

That’s the word on releases for the rest of aught-ten, but 2011 is already shaping up to be a killer. Coming in January – new albums from Sic Alps and Monotonix, the solo debut of Lights’ Sophia Knapp and more unheard music from Death, circa the mid-70s.

If now weren’t so sweet, you’d want to jump ahead to January, wouldn’t you? Fuck that. Don’t cheat yourself out of today.

Coming off the ledge myself,