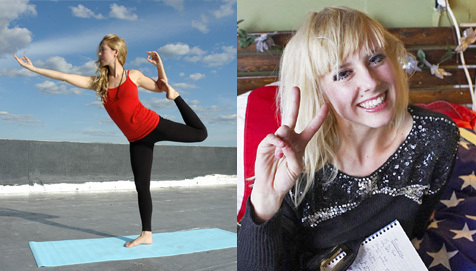 IN THE WARM LIGHTS OF A NEW DAY

The women of Cliffie Swan are tough, but they're not mean. They bear no ill will towards Canadian Lights. Ultimately, they chose a new name for the band in order to reflect the transformations that have occurred within the band. They needed a name as unique as their sound.

But face it, it's been frustrating sharing this name the past couple of years. It was a name that both parties felt was important to their message. If the word 'wretched' could be applied to anything, it would be the constant confusion that came from being confronted with fans of Lights - but not fans of their/our Lights.

Linnea and Sophia are both practitioners of yoga and all manner of positive body medicines and believe in sending happiness to all beings, including Canadian Lights. Shine on!