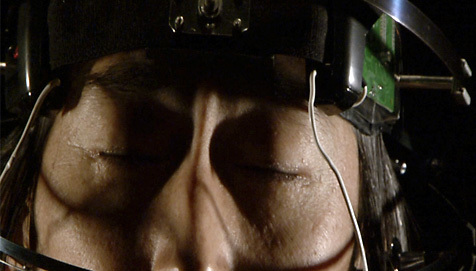 THE NOISE IN YOUR HEAD

Electrical impulses zap through your brain like meteors across a galaxy; synapses of light flash like distant quasars, baking every planet, living being and robot in its star system. In universal terms, does it make a sound? If a tree falls off a planet made of maggots of the mind of the universe, and no one is there to see it... does it have a taste? These questions were explored on records past, but for decades remained unanswered. Now, in the two thousand-twelfth year A.D., Masaki Batoh provides the answer; in fact, he's created the answer! Brain Pulse Music, his new album, is the mind's music in practice - not the compositional mind, instructing pen to paper or finger to fret - rather, it's the amplified frequencies of the Alpha, Theta and Delta waves of the mind, transmitted from diodes on a head set to the BPM Machine, Batoh's latest invention. Brain Pulse Music is available for pre-order now and will appear at the corner store on February 28th. For the non-believers (of science, duh), watch Batoh's instructional video for evidence. Then, mind expanded, turn your head towards the official promotional video for Brain Pulse Music!