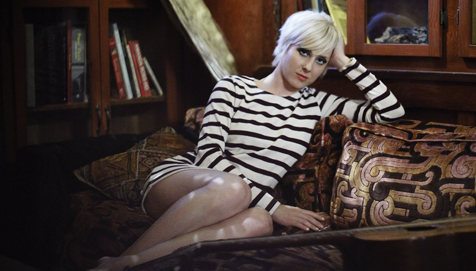 What's up with Sophia Knapp, you wonder? We're still jamming Into The Waves as regularly as the cycles of the moon and the night tide (and so should you, if you haven't - be at one with your planet, before it's too late!), but girl's got waves crashing elsewhere, too, well worth a mention! Like, specifically, her sojourn to Brazil, wherein Sophia spent her time realigning with the elements and, in turn, creating a new E.P.'s -worth of material. When a sound is made in the remote meadows and waterfalls of the rainforests outside Rio, can we actually hear it? Let Sophia Knapp show you! Get a much needed Knapp with the Green Magic EP, complete with a companion piece of writing and artwork revealing the details of her creative process, over at Sophia Knapp's web site!