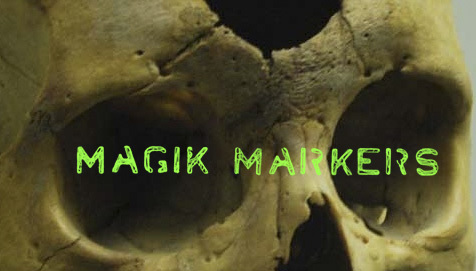 No longer just a hope, a prayer, or sick fodder for the degenerative European populace's weekly vigil, Magik Markers are rising up from these decidedly unmagikal United States to land in Europe and make their Markers once again! They've named it the "Tapped Phone / Tapped Psych Tour 2014" and if you're a European resident, go ahead - listen in! That's the way we do in the ol' US(NS)A. The Markers leave it all out there for anyone to hear on their albums really, but hell if a live jam or two isn't the closest way for you to BECOME ONE with the band itself. With Elisa, Pete, and John collectively setting upon/and dialing up the tone, seeing one of their live shows is akin to a personal invite into their secret, Markers' lodge, complete with ritual incantaions and the frowns (and other faces) of the possessed! Things start off at Incubate Festival in Tilburg, but the United Kingdom is where much of the action is, along with selected cites of old Anatolia. With Surrender To The Fantasy on display in their merch-hut and in full effect on stages along their path, you will bear witness to the remorseless fury and ever-lurking jocularity that is! Magik Markers. EU, here comes the fun! 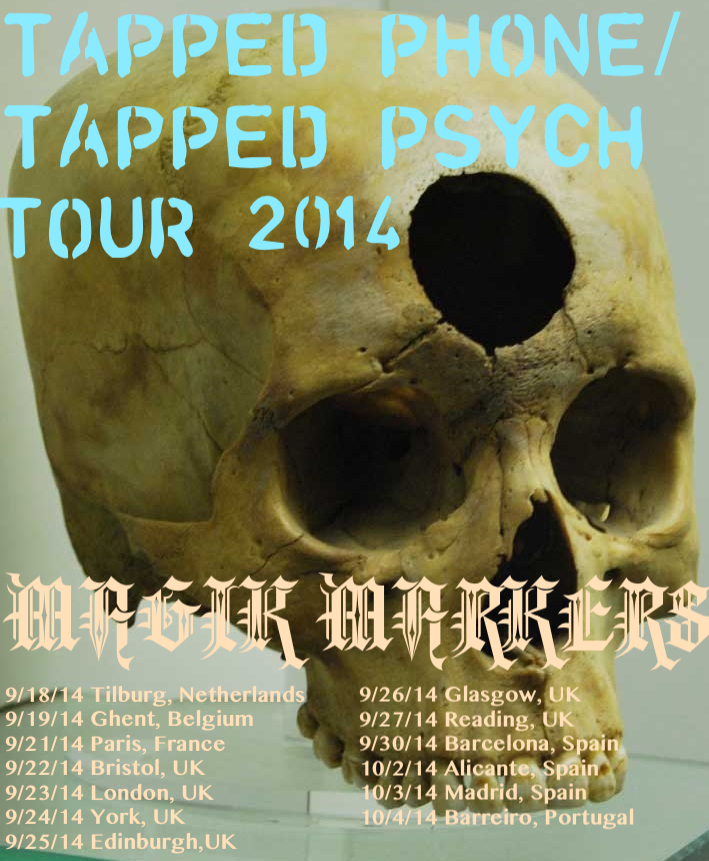