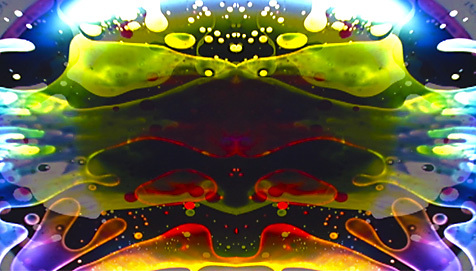 Don't let their name mislead; Masaki Batoh's new band The Silence is anything but silent! Perhaps they're named as such because they leave the listener speechless from the seamless weight of sound coming forth from their new, self-titled LP? Their music is an ambitious, effortless integration of psychedelic rock excitements from a combination of eras and sounds, all marching forward bedecked in fresh, new 21st century raiment via all-analog recording techniques! We all know seeing is believing, so go ahead and watch the video for their cover of Can's "Tango Whiskeyman," ok?!?

Reknowned as new-wave prophets in their era, Can themselves emerged from the German psychedelic scene of the late 1960s, and "Tango Whiskeyman" was from their early days, soon after Damo Suzuki had joined. The Silence take the tripping, crooning original version and splay it open on the ground, injecting a Weill-esque cabaret strut with a honking saxophone riff underneath Batoh's gutteral whisper. Chugging hard where the original is fleet of foot, The Silence venture through consciousness and unconsciousness, letting the fractured lyrical images guide them from a stomp to a soar, with Batoh guiding the way. As a trippy kaleidoscope of electro-acoustic oils pulse on the screen, chugging basslines and frantic sax rip through center of the song like the lightning strike that turns trips 'bad' - until suddenly you are on a magic carpet ride over textured plains that radiate waves of sympathy with each musical change.

Put down that pipe and bring me that bottle! The Silence tap into our dark nether regions via drug-free paths of pure inspiration. Nancy Reagan would be proud (and dead at last!) if she saw this eclectic vision. Help yourself to The Silence treatment - grab your copy of their debut album, today!