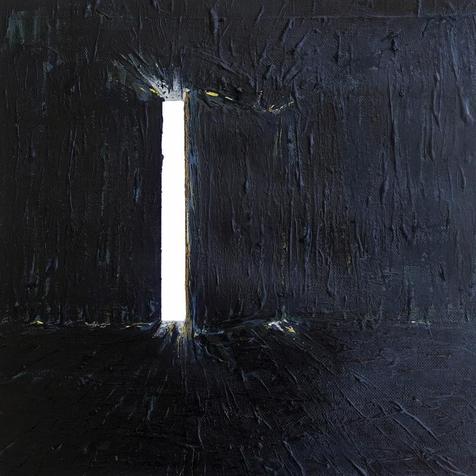 Papa M? Are you serious? The last time we said "Papa M," it was 2004 and we were talking about a compilation album! There were no expectations, and none given! Sure, Papa M was attached to some of the 80s-90s greatest no-core records, especially if you consider his imaginary alter ego, one David Pajo. But that was a long time ago! So why then does Highway Songs spill into our ears with a newness, a vitality that only fresh blood can bring?

David Pajo's been writing lines on the guitar since he was a bitty little kid. And now that he's grown up to be a bitty little man, what's he gonna do, change? If you think so, you don't know Pajo - or as he's been known to sometimes go, Papa M. The instrumental sounds he's made in the name of these names - on albums with names like Live From a Shark Cage and Whatever, Mortal - implied danger, violence and total alienation, alongside a peaceful, easy, good-willin' and wide streak of broke-toothed black humor. So, after those classic albums followed by a long silent phase, we've now got Highway Songs.With each encroaching moment of Highway Songs, it sounds to us more and more like good old Papa M, as David throws back the veil of tears from recent times to bear witness to miasmic mood-clouds passing not over but THROUGH him. Music from where the mind goes when the body is broken. Reflecting time spent hooked up to machines. A good person with bad thoughts, a story told in fragments picked up off the bathroom floor. Smash cuts.

Whew! Right? It sounds tough, but the Papa M approach is laced with fun amongst the bristle! Take the first single,"Walking on Coronado", for example-- it's a jaunt into the light, asserting the gumption and optimism that has always run under his bridge. As before, Highway Songs is pretty much all played by Pajo, whose multi-instrumental flair (and Def Leppard-inspired one-legged drum technique!) always endures. All these things are what makes Papa M, and it's damn good to hear them, and him, again on November 11th.