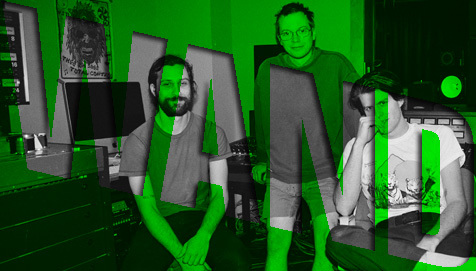 WAND-ERING WHAT TO DO IN NOVEMBER?

Geez, it sure feels like it's been 1000 Days since we last heard from Wand! Thankfully that's all about to change, as a large portion of the population has the opportunity to immerse themselves in Wand's live sonic density beginning next month, in Europe! With all the noise (er, strings) surrounding Wand front-man Cory Hanson's new solo LP, the timing may seem a bit odd - but in the world of Wand, everything is odd! This won't be your parent's Wand, either - for one, the line-up has changed - think you can spot the diffferences? Depends on what you ingest, how you utilize the optics of your environment, and most importantly, if you get off your duff and get your eye-carrying pre-corpse to these shows! Let's get a little nostalgic for early 2016 and dig on the video for "Passage of the Dream," shall we? Then let's fast foward to the future where you synergize with Wand at the show in your town!