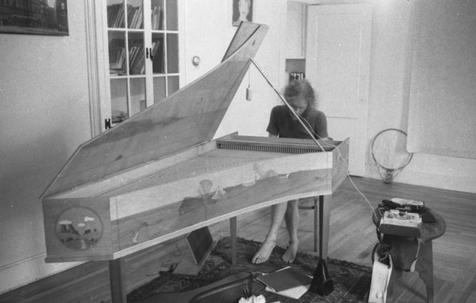 PETER AND DAVID AND ED

More Astral Folk Gold from the vault - the previously invisible vault that we didn't know existed! Ed Askew's A Child In The Sun: Radio Sessions 1969-1970 culls actual reels of radio sessions from 1969 through 1970, during his honey-dipped Ask The Unicorn days. Featuring stunningly fresh performances of many of his classics to pour over, A Child In The Sun even includes a previously unreleased song for all you obsessive types!

Askew's early recordings are now considered acid folk masterpieces, and Ask The Unicorn one of the most unique and singular releases from the infamous and historic ESP-Disk catalogue. With "Peter and David", found originally on Ask The Unicorn and now on A Child In the Sun, Ed's acute songwriting ability shines and fluctuates between surreal and charming allusions. Presently and timely for the the November 17th release of A Child On The Sun: Radio Sessions 1960-1970, we're pleased to present a recent live rendition of "Peter and David," complete with a Farfisa organ, for your viewing pleasure! Watch the video above and celebrate Ed Askew's career and the release of A Child In The Sun!

A Child In The Sun Record Release Show: