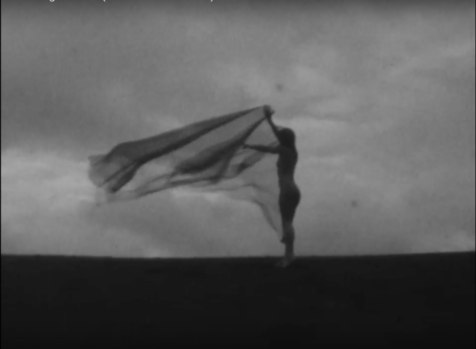 The video presented is a super 8 film edited, directed, and starring New Zealand based video artist Veronica Crockford-Pound. It is in response to the song "Falling Blonde", our discussions about the action of falling (the most natural state of all things), and our bodily relationship to gravity. Gravity has the ability to keep us together and depending on our alignment, can result in suffering or balance, both of which we all experience during our time on Earth.

Circuit des Yeux is also embarking on a tour of the midwest this Summer, Scandinavia in the fall, and will present her compositional soundtrack for Charles Bryant's 1923 silent film Salomé in New York City. With Haley's ever expanding list of talents and performances, Circuit des Yeux continues to interpret the world around her in new and exciting ways.