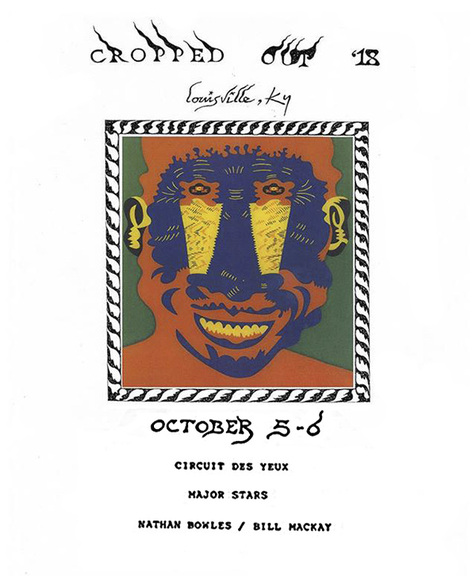 What exactly is in the water of the Ohio river?! Medical and animal (and human) waste, probably, but that doesn’t exactly explain how the collective minds of Cropped Out are able to put on such a killer line up each and every year! 2018 isn’t any different and once again the Drag City musical industrial complex pipelines directly to American Turners Club for an absolutely one-of-a-kind festival experience. This October 5th & 6th brings a wide variety of DC talent including Circuit des Yeux, Bill MacKay (performing with Nathan Bowles) and Major freakin’ Stars among some of the finest underground sounds. Where the hell else are you going to hear the bumpin’ sounds of Memphis gangsta rap superstars, raw Swedish psych jams and the earth-shattering four octave range of Haley Fohr? Or the latest punk churned out by Midwest weirdos, Flying Nun era Dunedin sound and the decibel murdering trio of guitars found in Majors Stars!? Not anywhere we can think of! Passes are still available for both days of CO, but not for very long. Purchase your passes here for a weekend of bliss and hassle free good times.

Can’t make it to Cropped Out this year but still need your Drag City fix? Got you covered! Check out the follwing links for all the touring action, in American and beyond, for Circuit des Yeux, Bill MacKay and Major Stars now!