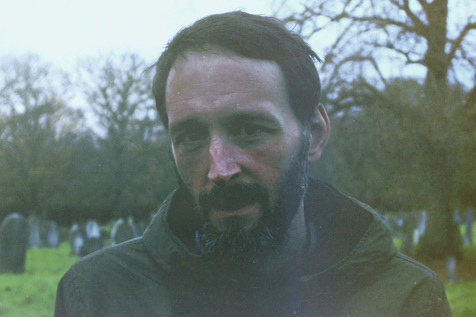 One thing the people know about our own Alasdair Roberts is that likes that old-time music. It's true, but being immersed in the auld and ancient hasn't ever stopped him from interfacing actively with the present and planning for the future. His discography over the last five years alone reveals solo activity alongside group projects such as Alasdair Roberts & Friends, as well as his acclaimed partnership in The Furrow Collective. Right now, Ali's on the road as a solo, opening for The Delines at selected spots off the Northern British motorway, concluding with a solo solo show back home in Glasgow on Friday, February 1st.

With barely a chance to catch breath, he's off to Scandinavia for three dates as Alasdair Roberts og Volvur 2019, a new collaboration with several Norwegian musicians. Mid February finds him back in Scotland for a couple shows with Amble Skuse and David McGuinness, playing material from last year's delightful What News collaboration. There's been too few shows with this alignment, which makes the appearance of shows in London and Dublin especially sweet. Then, as Spring comes on the horizon at the end of March, it's back north again, this time to distant Finland, for more solo shows. With many more to come in this anniversary year! Every season is Roberts season - get you some.