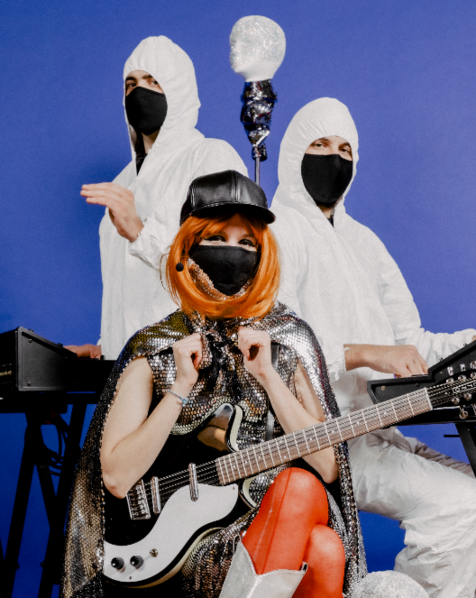 POUR SOME SHUGAR WATER ON ME

The Lynchian video (which features two different people occupying the ‘Jacqueline’ character) was directed by Jacob Forman, and stars Ike Harrell and Norah Wulkopf.  Speaking on the inspirations of the video, director Jacob Forman states: "I can only imagine what the tiniest bit of celebrity feels like, so when given the character of Jacqueline, it kind of allowed me to project onto her my own anxieties about what growing stardom (or just progression in life) could do to me, or anyone really. The present is purgatory and the past is grainy, ugly, and violent. Shugar Water grounds and binds us. Thinking about all these things coupled with what I would do stylistically with the video, I felt particularly inspired by Lynch’s INLAND EMPIRE, Cronenberg’s VIDEODROME, and the films of Abel Ferrara."

Haley Fohr's statement on the meaning of the song: "‘Shugar Water’ was designed to bring us all together.  It is a calling for us all to drink from the same cup and allow ourselves to let go.  Let us seek refuge in each other's arms. Let us get lost on the byway of comfort and celebration.  We need each other every day (even if our mind does not remind us of this every day). Do not get lost in your own soul!  What if we are, after all, just different versions of the same person?"