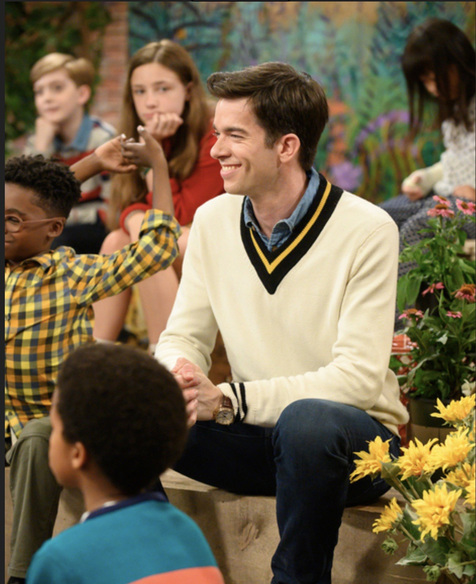 DOES JOHN MULANEY PACK A SACK LUNCH TO HOST SNL?

Hey kids! John Mulaney is set to host Saturday Night Live this weekend! It's his third time doing so, which probably puts him in some select company, but perhaps equally as interesting is the fact that SNLs musical guest this weekend is David Byrne, who, as you recall, makes an appearance on John's new album, John Mulaney & The Sack Lunch Bunch! Say, what an excellent time to remind you that while John Mulaney & The Sack Lunch Bunch is currently streaming on the DSP of your choice, it's also FINALLY available for pre-order on LP in super-deluxe fashion (gatefold, peelable colorform cover, and more)!

John Mulaney & The Sack Lunch Bunch is the soundtrack to the Netflix special of the same name, wherein John and a buncha talented kids sing about their feelings and observations with celebrity guests (including Natasha Lyonne, Annaleigh Ashford, Richard Kind, Jake Gyllenhaal and the aforementioned Byrne)! Grab your LP copy of this exquisite album now, so you can truly relax while watching John Mulaney host SNL this Saturday night!!!