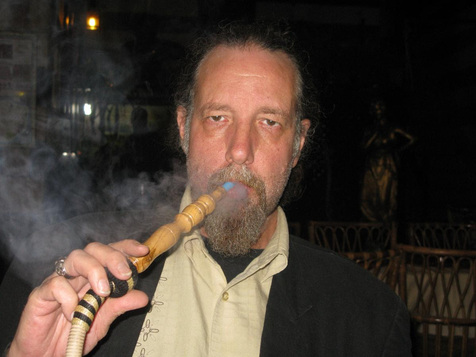 Whew, talk about prophecy! Showcasing a third offering from Sir Richard Bishop's excellent forthcoming record Oneric Formulary, "Mit's Linctus Codeine Co." is a timely single for these, well, times! Bopping with a jingle-like brio, this new "Mit's Linctus Codeine Co." twines middle-eastern surf guitar leads around a jolly acoustic chorded riff that'll make you think of just about anything other than the relaxing effects of Codeine! Such is the whimsy of Sir Richard: with his ace guitar wizardy, the most outrageous concepts are eventually made into either meditative finery, or, as here, just great dance songs. But why release an ode to the world's favorite brand of sizzurp? "Why not" is the appropriate answer here, but Rick's got more to that story!

"On my many visits to India over the years, I always found it necessary to visit the local chemists/pharmacies in order to have on hand any medications that may come in handy while traveling. These ranged from pain killers, muscle relaxers, cough medicine, pills for stomach issues, etc. - all necessary for traveling in India, and much cheaper compared to similar products in the west. I noticed that it was the cough medicine that I was using more than anything else (though the pain killers were a worthy contender). For years my go-to brand of cough 'medicine' was Glycodin cough syrup which was my favorite. It had a pretty high content of codeine and it 'did the trick'. But, during my last visit I learned, much to my disappointment, that Glycodin had at some point since my previous visit, removed all the codeine from their once loved product (probably not a good business move). This led me on a search for other options.

After hunting around for a substitute for Glycodin with no satisfying results, I eventually found one chemist in Varanasi who had this syrup which went by the name of "Mit's Linctus Codeine Company". I figured since it had the word Codeine in the name it must still have Codeine in the bottle. I also really liked the odd name. So I bought one bottle in order to check it out. I was thrilled to learn that yes indeed, there was a high amount of Codeine present and it seemed to work wonders for my, ahem, 'cough'. So I went back to the same chemist and bought a few bottles just to have on hand, I mean, you never know when your 'cough' is going to act up again. I smoke a lot so I have to be prepared. At some point I began reading the paper insert which came with every bottle. It was here that I became familiar with both the benefits and the warnings about using this product. This is what gave me the idea of creating a fake jingle for this, my new favorite cough syrup company. It seemed natural to me for the music to be a little bouncy and somewhat happy sounding, mainly because I was thrilled when I discovered its virtues. It did put me in a good mood whenever I used this medicine. I came up with the basic chord progression then and there, in my tiny little guest house room overlooking the Ganges river, and recorded a simple acoustic version of it in order to document it. I also wrote out a couple of drafts of text to be used as a voice-over, some of which I pulled from the insert which came with the bottle."

So there you have it: relief for that nagging cough you can't seem to get rid of has finally arrived! Not only is "Mit's Linctus Codeine Co." an amazing new single from Oneiric Formulary, but Rick's made a special, full-length audio visual commercial spot for the song- and the codeine - as well! Dim the lights low in that bunker of yours, pull up those covers and take a break from all the madness with a twofer from your favorite guitar virtuoso by watching and listening to "Mit's Linctus Codeine Co." above. It's not like you have plans tonight!