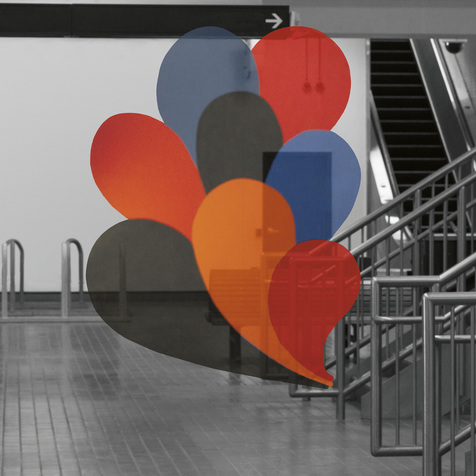 I Stand Corrected is the debut of a new talent AND a new label, Country Thyme. When a label's formed to release a record, you'll usually hear something crucial upon dropping the needle: in this instance, the sounds of an honest-to-god, old-school song cycle in best riches-to-rags style. Classically uneasy, this claustrophobic journey rises and falls on the songs of E.R. Jurken and his spectral tenor, haunted via multiple overdubs, making heart stopping orchestral pop with the orchestra mostly muted.

I Stand Corrected took some time to stand up. During the 20-teens, E.R. Jurken – known to friends 'n fams ('n us) as Ed – drifted through his thirty-somethings, doing not all that well. This directionless course came to a head in 2012 with a traumatic series of events that hung over subsequently like a mist. Ed sold his belongings and began a series of moves, leading back to his former home of Chicago, where, seeking to rally, he bought a guitar off a stranger and got a referral from an old friend to longtime Drag City factotum Rian Murphy, who was interested in the sound of what Ed had in mind. From wounds just beneath the surface of his skin for so long, songs poured forth, with Ed demoing one per week on his mobile phone, featuring guitar and extensive vocal arrangements. After a few months, it was clear the cycle was complete.

Throughout the process that made I Stand Corrected, Ed's sense of release from an "erroneous" state to a "corrected" one was a powerful energy pointed suddenly outwards as music, which can now be transferred to the listener through the magic of recording technology. In the field of freaky records made by sensitive folk, E.R. Jurken's I Stand Corrected stands to stand tall.