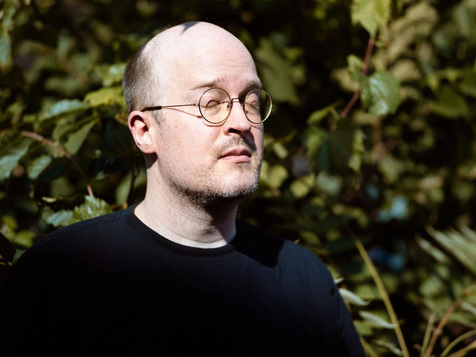 BREAK RIGHT THROUGH ﻿TO THE OTHER SIDE

Standing tall against an open sky, E.R. Jurken and his spectral tenor (refracted via multiple overdubs) move across an oft-deserted soundscape, leaving behind them the footfalls of incandescent orchestral pop music (with the orchestra mostly erased). On his lonesome, Jurken's formidable energy populates the landscape with choruses of vocal color on I Stand Corrected.

"Right Through" is an exemplary E.R. Jurken miniature in full band rock mode: a slice of bedroom power-pop portioned into left and right hemispheres, on the speakers and in the cerebrum. Layers of guitar in the mounting heat of the arrangement amplify E.R.'s growing panic - “loaded questions/I need two more” sounds like spiraling, even as the rhythm drives implacably forward, with haunted harmonies blowing off steam. Jurken's melancholic falsetto rings with disarming sweetness amidst the tumult.

Listen to the latest single "Right Through" today and place your order for his Country Thyme debut, I Stand Corrected - out in just a few weeks, on April 23rd!