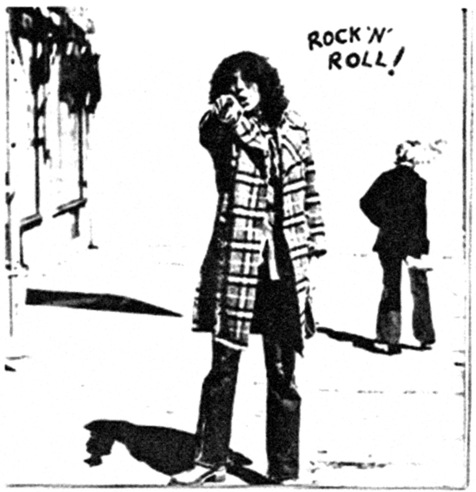 Inspired by the underground, proto-punk sounds wafting in the late 1970s air and desperate to be heard, John Timmis created a character for himself: J.T. I.V. Born only to rock, this musical conception was a rabid personality crisis consisting of proselyte elitism and nihilistic excess. To a 70s wild-child like J.T., Brian Eno’s music cut through the noise like a switch-blade. So for this second taste of The Future, it's apt to share J.T.'s take on Eno's “The Fat Lady of Limbourg,” the melody of which he charmingly drives into your skull at an angle. Faithful to the original while making it his own, J.T. I.V.'s raw electro-acoustic production is a bare expression of youthful angst.

John Henry Timmis IV was born in 1961 into a dysfunctional, abusive and eventually broken family. By the mid-70s, he was desperate to get out, running away from his mother’s home several times while still a teenager living in the greater Chicagoland area. At wit’s end, she had him committed to the Menninger Clinic for a year or so. Released on his own reconnaissance, he began his meteoric ascent to the mythic level of self-aggrandizement in which he appeared on Cosmic Lightning, as well as here, in The Future.

If you're still not intrigued, you might be dead - listen to this supercharged version of “The Fat Lady of Limbourg” and prep for The Future on January 20th!