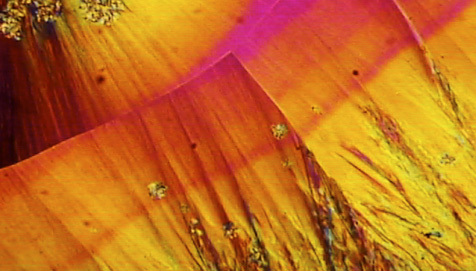 Bitchin Bajas are back, baby! Their new album Bitchitronics, out July 16, 2013, is ready with the quickness we expect from the Chicago-based band - which is funny, since their area of mastery is that of synthetic ephemeral sonic languidity known more instinctively, inclusively (and let's face it, irresponsibly) as drone music. Basically, they make slow music at a fast pace. Bitchitronics is their first record as a trio, blending new instruments into the mix of electric keys and posthuman tones and loops of tape atop other loops of tape, addiing to a new world tradition dating way back to 2010. Historically, the Bitchin Bajas approach has been simple - unfold tones via synth and keyboard, allowing micro-frequencies to press against each other in a way that pleases the ear, the mind and the soul. From record to record, their process is redefined by confronting the technologies of formative and outmoded machines, sliding into different quadrants of the ambient/post-organic/electronic/and drone universe each time around. Thus, the experience of slipping inside their music seems so singular and pure, like floating naked in a sensory deprivation tank. Just us and our minds and the music. Simple, right? But other things occur underneath...

For Bitchitronics, the concept is, use tape techniques to create and then solve problems - loops and edits were there to make things fun and the music great in the style of experimental tape pioneers upon whose shoulders the Bajas play. Mission bitchin' accomplished! Recording was mostly done with three tape machines reeling in the sounds - so, sometimes, in addition to sounds that have never seen the light of day, you're also hearing the sound of the light of day on the tape (or when they recorded at night, evening stars). Two 1/4” tape machines were utilized to make loops and execute the Bitchitronics sound system, one of which discreetly captured the combined sounds of the loops with live playing. Once done, it was back to HQ where edits of the 1/4" recordings were utilized to create larger tapestries on the 2-track master tape. So if you want to use the Bitchitronics method for yourself, that's how it's done! Taking the long path to realize the Bitchitronics processes had made for some heavenly music, indeed.