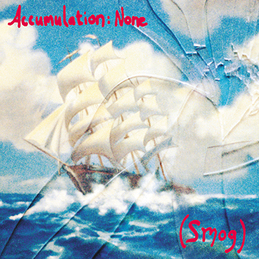 Singles, radio sessions, and previously unreleased material. All of which have never been released on compact disc before now. Ten of the twelve songs appeared on 7" vinyl. Six of the twelve songs have never been released in the United States. Two of the songs were broadcast on the radio, then released as b-sides. And one completely new (Smog) song never before heard. Old songs and new flow together, creating a composite viewpoint that accumulated over ten years of time.