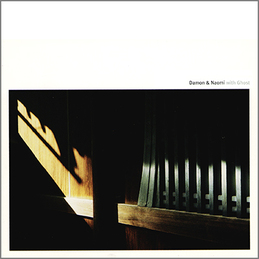 Back in print on vinyl and for the first time on Drag City CDs, Damon & Naomi with Ghost is a sweet meeting of mind and soul featuring Ghost's Masaki Batoh and Michio Kurihara in full collaboration with the titular hero and heroine. Everybody brings their heaviest and lightest sounds and the album — a pre freak-folk freaky folk excursion — now meets us on the other side, all charms intact.

"If the soaring arc of Damon and Naomi's melodies intersecting with Ghost's earthly meditations doesn't bring a tear to your eye, there's a chance you are already dead. This is mountain-peak listening par excellence."

"PS - And I don't consider the mountain-peak comment hyperbolic. I have actually listened to this record on a mountain-peak!"