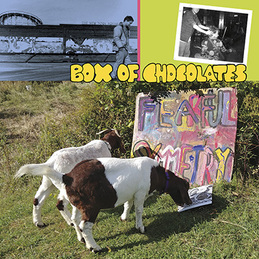 A way station for a lot of young talents-in-waiting, Box of Chocolates hailed from the still-forbidding borough of Brooklyn at the end of the 1980s, with their one album released at the dawn of the 90's. They contained multitudes, including indie-rockers-to-be, a motion-picture actor, a figment of early Phish's imagination, an enthomusicologist, a 2019 Tony Award winner and some weirdos too. Box of Chocolates took the cake and ate it too, as only happened in the freewheeling confines of the US 80s–90s.