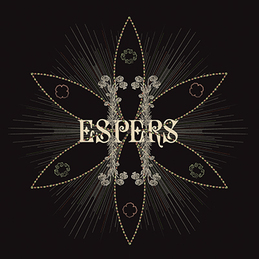 The synth-addict folksters of Espers tried to pull a fast one on you. The LP and CD versions of II have different sequences, resulting in two completely different trips this album can take you on. Just another surprise from the first Drag City band to sell out a planetarium.

Today, Espers is a household name- but it was just eight years ago that the Philadelphia collective was formed. In the beginning, they were made up of Greg Weeks, Meg Baird and Brooke Sietinsons. This was the group that recorded their first, self-titled album. Before the recording of II, Espers expanded in all ways possible, shooting for the stars with their feet reaching through the ground to the plates that shift beneath the war-torn face of our mother Earth.

They also expanded to sextet proportions. Otto Hauser was one of the new members- and since then, he's player with the likes of Vetiver, Vashti Bunyan, Kevin Barker and many other musical seers and seekers. Today,Otto remembers when he joined up with Espers:

"wow, it sure seems like more than five years ago that we made that album. i had just moved from philadelphia to brooklyn and was traveling down to philly a lot so we could workshop tunes. most of the album, if i remember correctly, were songs we worked out basic parts for in rehearsals at the 2037 frankford compound (r.i.p.) although i think there are one or two songs i don't think i heard until we were tracking! actually, because of my personal schedule, the recording was done in a strange way, with me overdubbing the drums on top of the guitars and whatever else was tracked first... i had made some very rough scratch rhythm tracks for some songs, but it was still a feat!"