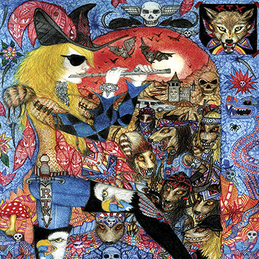 Some pretend they aren't dying to have their name on this record, but we know the truth. One cease-and-desist later and the rebirthed RaTX still has riffs like wolverine claws and the singular, gravel-pit vocals of Jennifer Herrema.