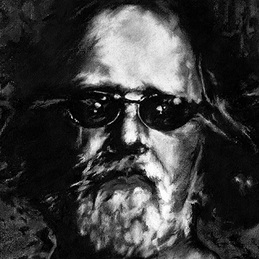 The long awaited follow-up to the 1974 masterpiece "Red Hash" - "Seconds." weaves black threads of lyrical reflection into its sleeve. This is the sound of Gary Higgins, making music and digging it once again.

"I first heard Red Hash when Ben Chasny dubbed it for me in the late 90s. Years later, I was psyched to hear about Gary and Ben's show at Tonic in NYC, happening on my birthday weekend. The show was really good, and the ensuing revelry continued the next day, somehow leading to a "Smiths Night" in Soho. In a scene more akin to After Hours than GoodFellas, two NNCKs held court at a table in the back, Pete Nolan was introduced to his wife-to-be, and at the stroke of midnight the entire bar erupted into "Happy Birthday!" (in honor of Leo Fitzpatrick, not me).

Gary Higgins' belated (and underappreciated) follow-up, Seconds., is one of the most "human" records in my collection, up there with After the Gold Rush (and Red Hash). It's the music of wisdom and empathy. Balancing every story of loss, unexpected or inevitable, is the possibility of redemption. Spend some time with Seconds.; inhabiting its world has many rewards."