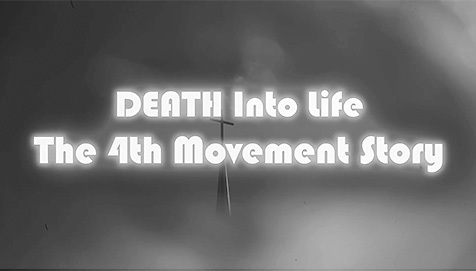 DEATH INTO LIFE: THE 4TH MOVEMENT STORY DOCUMENTARY IS HERE!

Back in the late 70s, when Death's visionary music proved to be too ahead of its time for the masses, the Hackney brothers relocated to Burlington, VT, for a fresh start. Spiritually inspired, and led by their elder brother, David, the band wrote a set of songs that could be considered a rock opera of sorts, and it was written for GOD. Re-christening themselves The 4th Movement, their heavy riffs intact and fiery (from the heavens, no doubt!), Death had moved on, into another, fulfilling stage of life. The self-released 4th Movement LP from 1980 wasn't widely distributed and has therefore been hotly sought after by collectors for decades; now, it's set to worldwide release on June 22nd. This incredible story is now detailed in Death Into Life: The 4th Movement Story, a mini-documentary by Matt Yoka, featuring Bobby and Dannis Hackney. Watch Death Into Life: The 4th Movement Story now!!!