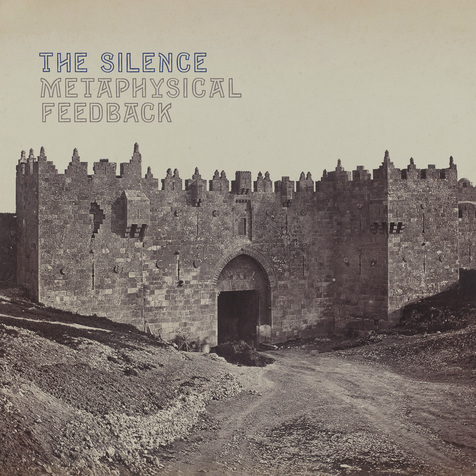 The Silence has descended upon us once again! In the two years-plus since their previous album, Nine Suns, One Morning, their leader Masaki Batoh recorded and released his solo album, Nowhere - but from the first chimes of hazy guitar arpeggios that open Metaphysical Feedback, we are transported right back to the unique rock and roll space that The Silence conjure whenever they plug in and come together. As with their previous three albums, The Silence use the sound of analog recording as a complement to their approach, using the famous Studer 24-track machine at GOK Sound in Tokyo, where so many legendary sessions have gone down - and now, one more!

The Silence became a quartet in the process of making Metaphysical Feedback, as Hammond organ player and one of the oldest Ghosts Kazuo Ogino left the band, though he appears as a guest player. In his absence, space was opened in the band. Drawing from all phases of golden age psychedelic progressive folk-rock, The Silence make new music in the new century from an almost blinding collection of inspirations. Their deep songs have all manner of lyricism, unexpected chords and tempos, and instrumental breaks from acid guitars, rasping saxophone, drums and bass.

For the best balance on this release, six songs were chosen for the LP version, with an additional two tracks included with the digital edition of Metaphysical Feedback. Both versions will have the same effect of transporting the listener as only The Silence can! Listen to the first single "Freedom" and pre-order your copy for August 30th.