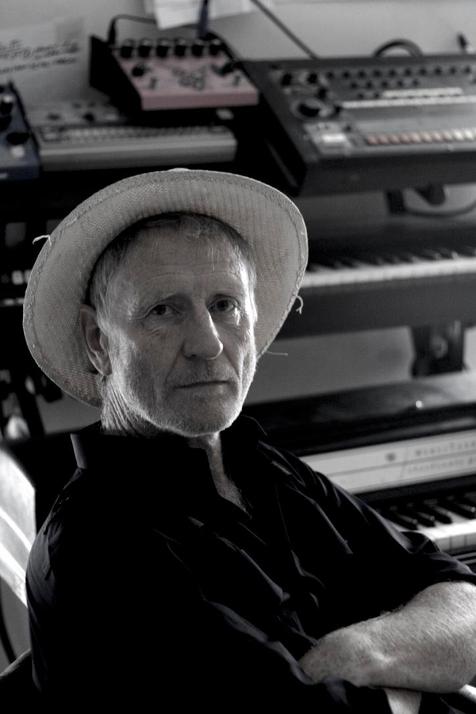 Sean O'Hagan is just about out! The longtime High Llamas front man is going solo with the album Radum Calls, Radum Calls on October 25th. Sean's alchemist ability to wed sonic sounds from diverse genres into deceptively simply sing-along constructions feels fresh and new in the context of a solo record - and these new songs have an absurdist quality and elasticity while simultaneously delivering thought-provoking social panoramas. If your initial listens to tracks like "On a Lonely Day (Ding Dong)" and "Candy Clock" have filled you with anticipation for the whole thing, that's exactly the right response. Another proper response? Go and see Sean on his upcoming tour dates around the UK!

Sean's playing some in-stores and other intimate venues as an acoustic solo - there might be a bit of piano here and there as well - which means you'll be hearing the Radum Calls, Radum Calls numbers in a starkly different presentation - without production bells and whistles, strings and horns and electronic manipulation. The songs will shine through! As for backing vocals, perhaps someone will show who wants to sing along? Roll up!

Artists in this story: The High Llamas, Sean O'Hagan