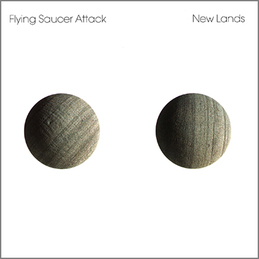 Phase two. The beat is the new thing. Previously only hinted at, this pulse booms forth in a bigger way, although still obscured by clouds, past pop music and into the direction of rhythmic loopery.

"This was the first Flying Saucer Attack album I heard, which was more or less around when it was released. And since then, I can honestly say I have listened to this record at least once a week, usually more. Aside from being easily one of my favorite all time records, I find that it also has many varied uses. It can completely erase the presence of an incessant loud talker near you on a flight, way more effectively than any noise-canceling headphones. And believe it or not, at high volume it actually cures headaches, which is a claim not backed by the FDA, but trust me, it works.

Here is the beauty of this record: If you were to dissect isolate each separate sound in any particular song, it would be the most unpleasant and unsettling thing imaginable. I have described this album as the sound of approximately a dozen Lear jets idling their engines at different rpm. At other times, maybe it's a symphony of hairdryers and leaf blowers. But each song is the PERFECT sum of it's parts, all forming the most beautiful (emphasis on the FULL) songs out there."
-Rob Barber