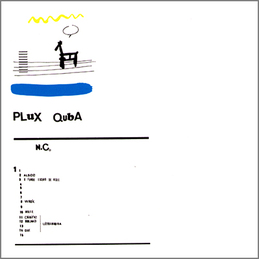 Koln, Germany around 1991. After a 40-minute train ride from Aachen, Christoph Heemann and Jim O'Rourke are sitting around with Jan St. Werner, C-Schulz, Frank Dommert and George Odjik. Heemann has brought with him a strange obscure disc (what else?) from Portugal by some group called "Plux Quba." Or is it the record? The label? Who knows, because no one here reads Portuguese, dummy! But what they do know when the needle hits the groove is that they've never heard anything like it. Attempts to cite reference points are soon given up, there are some similarities to Robert Ashley's later work, but even that is deceiving. It is simple, gentle, melodic, and yet completely alien. Originally released in 1988 on Ama Romanta, and reissued last in 1998 on Moikai.