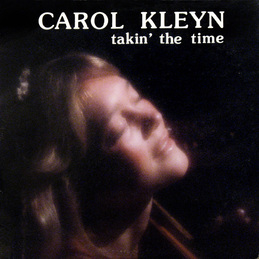 I moved a lot, in my 20s, up and down the California coast: Isla Vista, Santa Barbara, San Francisco, Santa Cruz, Santa Monica, Westwood, Brentwood, Laguna. At one time, everything I owned, including my harp and Fender Rhodes electric piano, fit into the back seat of my Volvo four-door sedan, the one with the bad starter that required parking on a hill at night, so I could push it downhill, pop it into gear and pull it out of town the next morning. Money was tight, parking was easy, and life, living on a bucket full of quarters, was surprisingly good.

I’d developed a following at the faires and on the street corners, and felt like I’d actually earned the title: Harpist/Singer/Songwriter. Wherever I played, I handed out that calling card and soon found myself performing at assorted fundraisers, special events, concerts in the park, concerts in the prisons, weddings, parties, and even the occasional wake or funeral. Some people brought me gifts of rings and necklaces, all of which I wore whenever I performed. Others brought me photos taken from the last time they’d seen me play, and some sent touching notes and cards in the mail. Street urchin or not, I knew my audience was a big part of the energy exchange. They were the spark that kept me going.

The summer of ’79, I moved back to Laguna for the annual Sawdust Festival. I lived near Oak Street Beach, where the sun was hot, the surf was high, and the parking was getting harder and harder to come by. I took long walks on the beach and wished I could stay in Laguna forever. Bobby Brown, who’d given me my harp eight years earlier, had recently moved to Hawaii. We were separate, yet together, and somehow we still shared that same dream: “Music was our life, but you took to wonderin’, I’ve been workin’ L.A. We both want the breakthrough, but you knew that some dues, must be loved to be paid.” The time had come to follow that love and record another album. TurtleDove Records would be my own, new, independent label, and Bob would be my producer, giving it, without a doubt, shades of that unique Bobby Brown Sound. Bobby had produced and released his exceptional The Enlightening Beam of Axonda album, for which he would later be recognized as one of four avant-garde American musical geniuses by the renowned writer Ed Pinset, in London’s first issue of Sound Projector magazine. It was and is a sound like none other and I was honored to have Bob working with me in the studio.

Recording was done at a 24-track studio in Santa Ana, called United Audio, owned and engineered by Hank Quinn, a long time friend, and recording engineer for Bill Medley of the Righteous Brothers. Who didn’t know that “You’ve Got That Lovin’ Feelin’?” voice? I felt like I was singing on hallowed ground. Back-up musicians, all of whom volunteered, included Bobby, Hank, Hank’s brother Cameron Quinn, and Laguna musician Bob Hawkins, who later went on to open for Bonnie Raitt, Los Lobos, Kenny Rankin and Spirit. I’d never worked with a back-up band before, and there would be no rehearsal sessions. With Bobby’s innate sense of direction, and their intuitive abilities to capture the sound he desired, we just laid down the tracks, and kept them, all magic included.

Thank you again, Bobby, for believing in me then and now, as I believed and still believe in you. It was a time like none other, filled with hope and dreams of a world at peace. Just as some of your predictions in The Enlightening Beam of Axonda, regarding particle theory, science and technology, are finally starting to be proven true, perhaps that yearned-for path to enlightenment will also eventually be found. Let’s hope so.