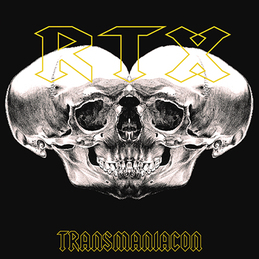 Royal Trux streamlined: Now just Jennifer, backed by a new cast of characters with similar cacophony. The greasiest filthy mess to come out of Los Angeles since Axl's Slash.

"As I recall, during the Beet Maize and Corn tour, Dan K played the pre-release disc for us, not saying who it was. I was mightily surprised to discover it was Royal Trux - now RTX. The general reaction in the van was a feeling of "ill at ease," but I responded well to the light-on-the-ear sheen production value employed by Jennifer, which was a departure and for me, revealing. It was a road record, which, along side R. Kelly's Chocolate Factory, made for very satisfying listening on the highways and byways back then."