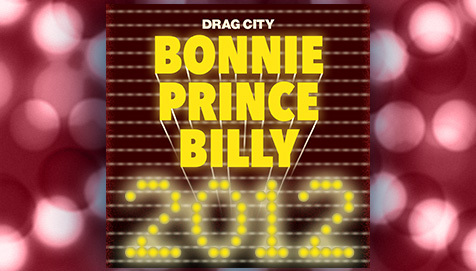 More adventures for what we may call the Babblers Band (Ben Boye, Van Campbell, Emmett Kelly, Danny Kiely, Will Oldham and Angel Olsen), under the auspices of Bonnie ‘Prince’ Billy. There were two songs from the WOLFROY GOES TO TOWN batch of constructed jammers for which there was neither time nor psychological space to complete during the WOLFROY sessions. However, everybody knew how to play the songs and wanted to track them, so Oldham booked time at David Ferguson’s Butcher Shoppe studio in Nashville, and “Whipped” and “Out of Mind” were tracked and released as a 7”. Both sides were called B-sides, the A-side being a virtual release of WOLFROY’s “Time to be Clear”. Fergie knocked the session out of the park, as continues to be his style to this very day. The artwork for the single was an extension of Sammy Harkham’s work for the WOLFROY cover.

Book publishers Faber & Faber were publishing a book-length interview with Oldham and asked for some sort of musical release to help commemorate and promote the book. Oldham picked six songs from various Bonny/Palace records and the Babbler band incorporated all six into their live repertoire, playing the songs every night on tour in the lead-up to a recording session with Steve Albini at his Electrical Audio Recording studio in Chicago. The songs were then recorded live-in-the-studio. The title for the resulting EP, “Now Here’s My Plan”, came from a famous Shel Silverstein cartoon. Ben Berman conceived of a new chapter in the life and work of Zombie Bonny for his memorable video clip for the revamped “I See a Darkness”, filmed in Glasgow, Scotland, where a mini-Babblers (Boye, Kelly, Oldham/Olsen) were performing. The cover art for the EP was a leather ‘painting’, rendered by Sue Schofield, of a meteor hurtling our way. The font and layout for the EP reminds us that it is the next entry in the Bonny live series, after SUMMER IN THE SOUTHEAST, WILDING IN THE WEST, FUNTOWN COMEDOWN, and IS IT THE SEA?

Oldham went into the studio again with Dawn McCarthy, this time to pay collaborative tribute to some of the works of the Everly Brothers. More on that next week, but for now we’ll speak briefly about the advance holiday single, “Christmas Eve Can Kill You”. In the USA the b-side of the single was “Walking the Dog”, in Europe it was “Lovey Kravezit”. The single and the subsequent full-length record was recorded by David Ferguson at the Butcher Shoppe in Nashville, TN. Magnus Johnstone did the cover artwork for the 7”. Lara Miranda made a beautiful video clip for the song.

All of these titles are streaming at your favorite e-tailer now!

The B-sides for Time To Be Clear

Christmas Eve Can Kill You