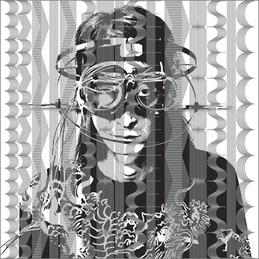 Years of research into the bio-electric output of the human brain have now been harnessed with the creation of a device that allows man to monitor and interface with another's brain using a box that appears to be no more complicated than a guitar effects pedal! Batoh's experiements with this machine (ON SALE SOON RIGHT HERE!) are only part of the album; the other tracks utilize traditional Japanese ritual melodies and instrumentation to form a prayer/requiem for the victims of the Great East Japan Earthquake. A deep and soothing album that intends to bring the potential for inner peace to all who listen to their brain.

We highly recommend headphone listening on this album