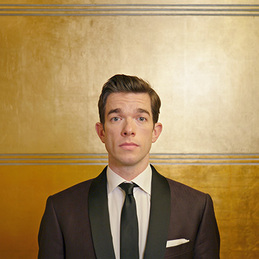 Kid Gorgeous at Radio City is the album of the Netflix concert film I did which was the culmination of a 150 date stand-up comedy tour called John Mulaney Kid Gorgeous. It’s a bunch of stories about how I remember life being, or at least feeling, towards the end of the 20th Century and the beginning of the 21st. Then there are a few loud complaints about petty things. Then other jokes and stuff. I wrote and performed all of them. I like doing stand-up comedy very much.  — John Mulaney, 2018

Due to the volume of orders expect to recieve your album in 1-2 months.