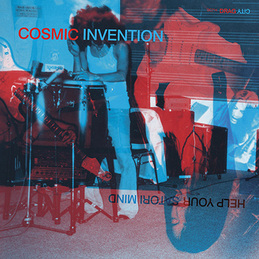 Side project from the golden era of Masaki Batoh's Ghost! Instead of the spirituality-infused temple-raiding of the mother band, Cosmic Invention sought to play — loud and hard — in the spirit of their youthful inspirations. Enter Michio Kurihara, with his otherworldly Cippolina-channeling leads — and a storming rock band, whose subsequent incarnation as Ghost shocked the US in ’97. Bonus jam included on this first-ever vinyl manifestation!

CD version is original stock from 1997 on Now Sounds.