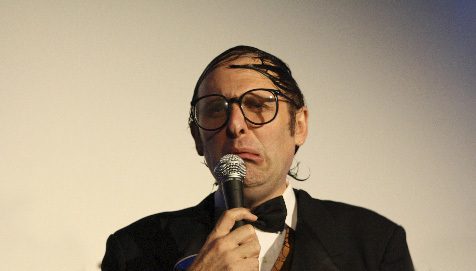 What's more all-American than a hamburger? Neil Hamburger, of course! This month, America's Funnyman is making the rounds at a dirty (but laff-filled) dive bar near you! That's right; the world's hardest working comedian is headed out on the road again, delivering all-new jokes alongside his classic routines, which over the years have produced side-splitting laughter (as well as rage from some paying customers who don't appear to understand what "comedy" is...fucking assholes!)! Neil's latest effort, First of Dismay, merged jocular comedy segments... END_OF_DOCUMENT_TOKEN_TO_BE_REPLACED 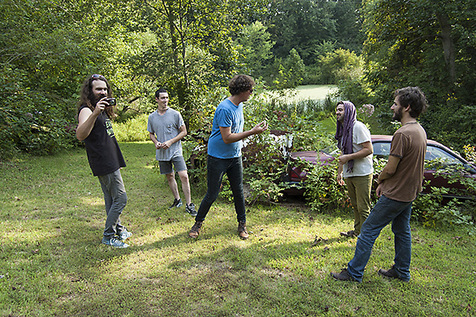 GETTIN' READY FOR A CAVE UP!

Chicago motorik devotees CAVE are synergistic, energetic, and easily identifiable with their upfront and repeti-grooving sonics. Yet so far in 2015, a CAVE sighting has been totally rare, the band seemingly gone enigmatic. Finally, the echoing cries of deprived CAVE-ovotees have bounced around enough for the guys to awaken, strap on their gear, and fire up the caravan - CAVE are goin' on tour!

Known for their rolling funk minimalism, thickly laid out with sax-and-flutatious flourishes and pulsations, CAVE are the REAL... END_OF_DOCUMENT_TOKEN_TO_BE_REPLACED