The king of rock, pop, teenage dreams, psych, the new wave and and future genres yet to be defined, Tim Presley is gearing up for sum shows in the East Coast, Chicago and then keeping Austin weird in November! Hot on the heels of I Have To Feed Larry's Hawk, this succinct jaunt will be the first opportunity to see/hear Tim Presley's White Fence in the U.S. following the release of IHTFLH, which is a big fucking deal. Playing cuts old and new and... END_OF_DOCUMENT_TOKEN_TO_BE_REPLACED

Artists in this story: Tim Presley 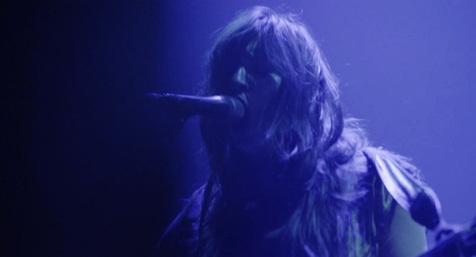 Circuit des Yeux is an expandable and contractible organism. Haley Fohr's grip on her own musical reality is steadfast and true, thus a round of solo CdY dates in Europe is upon us! Things have the potential for getting weirdest for any performer when they travel to Eastern Europe, so what better way for this to start than at the mouth of the River Daugava, in Riga, Latvia, where its wild combination of medieval-meets-art nouveau architecture will surely be an exciting backrop for CdY... END_OF_DOCUMENT_TOKEN_TO_BE_REPLACED 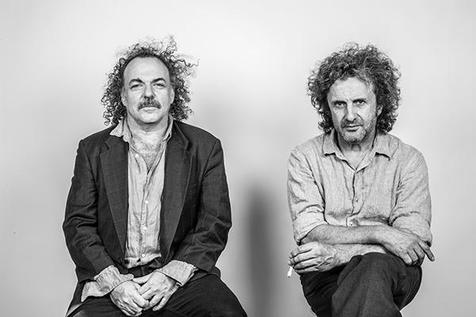 Xylouris White is a collaboration of both epic and intimate proportions. Greek lute player Giorgos Xylouris and Dirty Three drummer Jim White reach across musical languages, sonic cultures and geographic boundaries to create a sound that goes beyond conventional songwriting, all while exploring the minutia of musical collaboration between their two febrile minds. On The Sisypheans, Giorgos and Jim display their natural chemistry and sensual dynamics on the second single, "Black Sea."

Georgos relates the Greek traditional tale of exile to a... END_OF_DOCUMENT_TOKEN_TO_BE_REPLACED 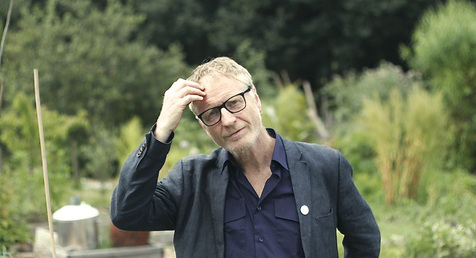 IT'S TIME TO INDULGE YOUR SWEET TOOTH

Wake up and smell the rose-scented pop revolution! With one foot firmly tapping in the future, Sean O'Hagan's Radum Calls, Radum Calls obviously features his inimitable songwriting sensibilities, but also incorporates influence from a new generation of talent Sean's been working with as producer and arranger the last few years while overseeing The High Llamas. All this energy - and songs derived from world history, ambition, and humour - makes for irresistible ear candy that moves from delicious flavour to delicious flavour as... END_OF_DOCUMENT_TOKEN_TO_BE_REPLACED 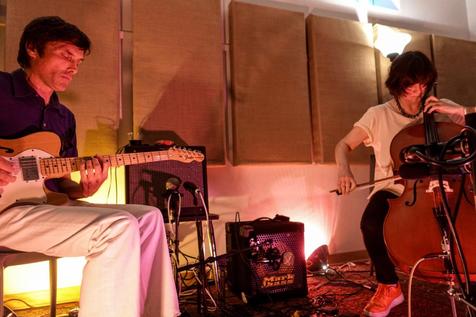 GATHER ROUND THE CAMPFIRE

The chemistry between Bill MacKay and Katinka Kleijn radiates like a beam of light throughout STIR. The compositions unfurl like explorations into the unknown, only to be pulled back to earth with a commanding presence. The latest single, "No One Here Is A Stranger," is a concept unhindered by the conceptual, a free expression which still maintains a beautiful through-line to its organization. Both MacKay and Kleijn direct their instruments with a fluid precision, waxing and waning with only their instincts as... END_OF_DOCUMENT_TOKEN_TO_BE_REPLACED 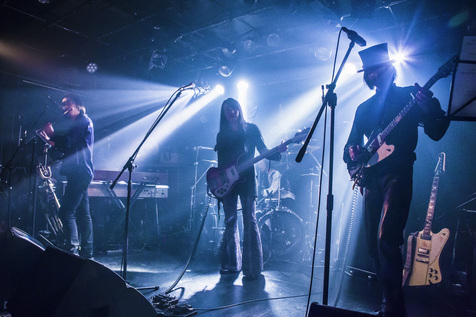 The Silence have just released Metaphysical Feedback, their newest exploration of progressive music that totally rocks! With psychedelic elements, jazz tangents, and classic rock excursions, Metaphysical Feedback is an absolute must listen for anyone with an ear towards timeless music. Masaki Batoh's group may call themselves The Silence but these sounds are meant to be played loud - not just on record but live, too! In fact, The Silence have shows coming up in Japan just next week - in Tokyo and Osaka... END_OF_DOCUMENT_TOKEN_TO_BE_REPLACED 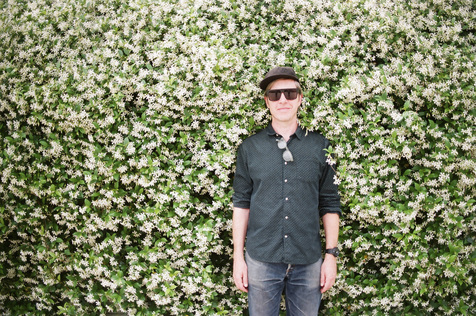 Shepherd In A Sheepskin Vest is the triumphant and gentle return to form for clever crooner, Bill Callahan! Steeped in sentimentality, dripping to the depths with anecdote and advice, and reflective on life and death, it's a uniquely steadying record for these unstable times. And it ain't all serious business, either - Callahan slings one-liners for laughs with unusual ease! Unsurprisingly, all of this translates to the stage with the greatest of ease, and with the first round of US-touring under his belt, Bill... END_OF_DOCUMENT_TOKEN_TO_BE_REPLACED 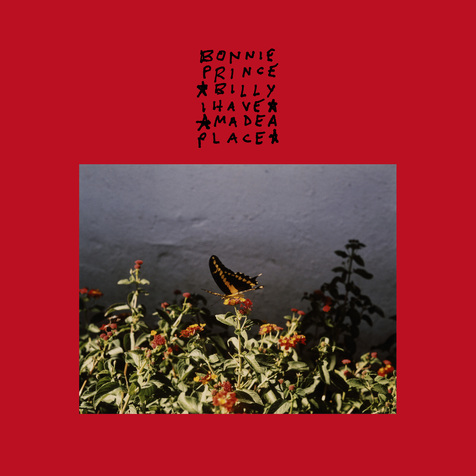 BONNY INVITES YOU TO THE BACK OF THE PIT

Bonnie 'Prince' Billy stays busy - in the past five years he has released albums of previously-recorded songs by Susanna Wallumrod, Mekons, Merle Haggard; even himself) and a collaborative record with Bitchin Bajas! The only thing he hasn't done is a new album of Bonny originals - in case you weren't counting, 2011's Wolfroy Goes To Townwas the last one. That's from the first half of the Obama presidency, for chrissakes!

Things happen for reasons that are often... END_OF_DOCUMENT_TOKEN_TO_BE_REPLACED 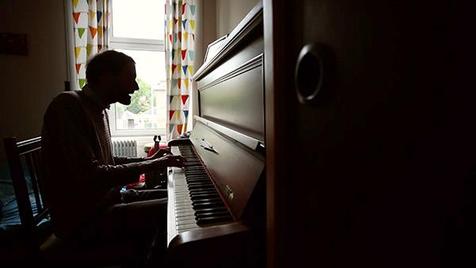 HAVING A KEEN TIME WITH ALASDAIR ROBERTS

Alasdair Roberts' tendency to explore nuanced historical arcana in his music is blessedly paired with an ability to do so compactly in song - turning, say, a 1000-year-old Irish text on the mysteries of creation and apocalypse, or the peregrinatory journal of a medieval English mystic, into something with which we can all sing along. With his latest single "A Keen", Ali marks the span of a life through the ritual use of song and utterance, from cradle croon to wooing charm... END_OF_DOCUMENT_TOKEN_TO_BE_REPLACED 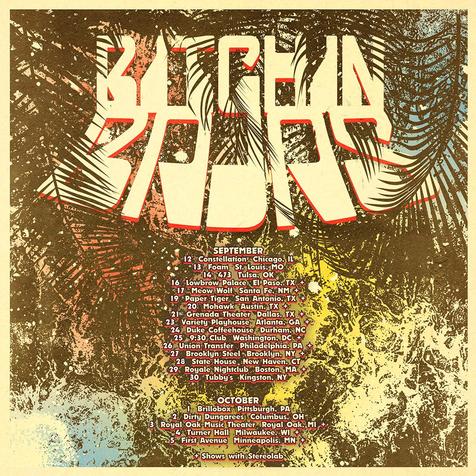 THE UNIVERSE NEXT DOOR IN YOUR TOWN SOON!

Taking a trip with Bitchin Bajas through an expanding universe of sonic dimensions is as simple as cuing up your turntable, CD player, tape deck or electronic device (you lazy sods!), and as of later this month, you're invited to enjoy them through the lens of grounded terrain as well! Beginning with an engagement at Chicago's eminent Constellation on September 12th, Bitchin Bajas are off on a jaunt through the Midwest - just enough to limber up the capacitors, this will be their first tour... END_OF_DOCUMENT_TOKEN_TO_BE_REPLACED