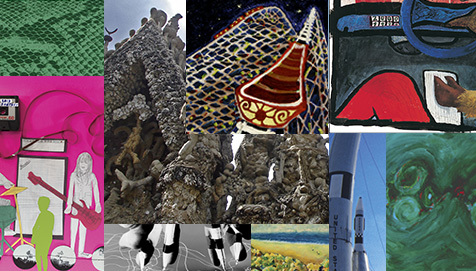 BUNDLE UP THIS FALL AND WINTER!

When braving the cooling winds, plunging temperatures and diminishing amounts of available light in the outer-world, you know you gots to layer up, man! One can't expect to walk around the brisk alleys and off-roads in just jeans and a t-shirt for protection - if you want to keep sane and secure, you need all facets of a warm wardrobe. So how 'bout a fashionable (yet warm) dose of scarf, sweater, and jacket combo? Then top it off with a bit of fedora or knit... END_OF_DOCUMENT_TOKEN_TO_BE_REPLACED 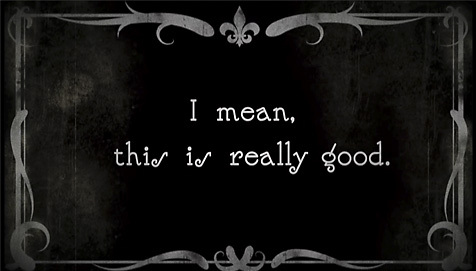 Bill Callahan's Dream River: still reigning o'er you, still dreaming! All on through the night, it's an album of frightening love, Calla-style, set to the silent movie of your forlorn, love-sick dreams. Dreaming in black and white, and on film, no less, is just the type of setting Bill's likely to haunt as it is; so congratulations, you've arrived at the doorstep of his genetic constitution. With trial there is always tribulation, but what about the third phase, come tomorrow? Will... END_OF_DOCUMENT_TOKEN_TO_BE_REPLACED 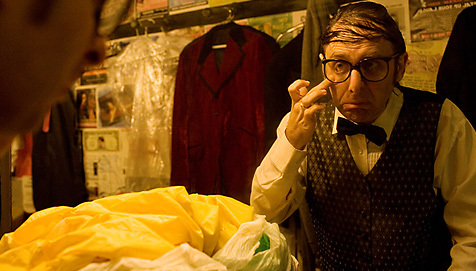 Like the blessed Mother Teresa before him, Neil Hamburger just can't keep his charitable gestures to himself! Spreading a wealth of "gags" to those less privileged than he, The World's Funnyman cannot be contained by continental borders. Touring the USA constantly is a given, but why should the planet's Number One 3rd-World country get all the laffs? There are down-trodden in other parts of the world, across many oceans, who could all benefit from a gentle ribbing now and again. Neil has graciously performed his... END_OF_DOCUMENT_TOKEN_TO_BE_REPLACED

...AND NONE SHALL SURVIVE

Why the long face, o assembled? This much-awaited (blursh!) newsletter's just setting off, and already we got a problem? Hmm. Must be the dire header. You don't like the idea of scorched earth, with everyone and their baby deader than hell...and to be honest, we don't entirely cherish the image ourselves. Let's instead try to hear it more as a turn of phrase spoken from an ultimately happy place. A psyched place, even! Yes, Drag City is psyched, because in this... END_OF_DOCUMENT_TOKEN_TO_BE_REPLACED 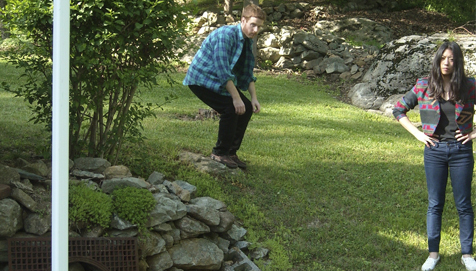 How the west will be won, indeed - stetson bound (and gagged), once again in the back of a paddy wagon after a mild slip-up on their last heist (which poseur tipped off the sheriff?), Blues Control plot their escape, and tonal devastation, with sweaty fervor. Lehigh Valley be damned, these "Iron Pigs" gotta hustle! There's gold in the mines, we're told, and Blues Control as a duo are known to sniff out the metal. Further, this ain't no Potato Land - BC... END_OF_DOCUMENT_TOKEN_TO_BE_REPLACED 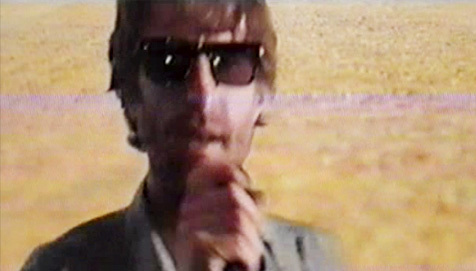 Oh, WOT! Mike Donovan's debut solo album has just entered the capitalist, free-market place. While we fully anticipate you're already walking to the corner store to buy a copy with your Freemason emblazoned greenbacks, it's realistic to assume you'd like to get an impression of the record on your mobile device while you motor on down. Thus, we give you the video for "Do Do Ya?" - an intensive visual accompaniment to an already rollicking jam.

In this new life of... END_OF_DOCUMENT_TOKEN_TO_BE_REPLACED 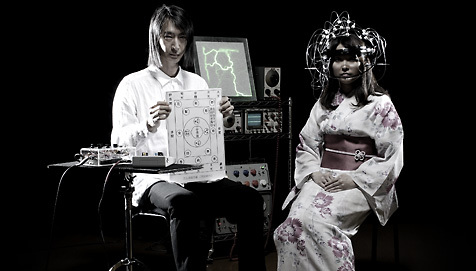 EUROPEAN BRAIN PULSE BROUGHT TO YOU BY MASAKI BATOH

Like an acupuncture needle delicately inserted into the core of your gourdtex, Masaki Batoh's Brain Pulse Music is both revealing and frightening at the same time. Unlocking the inner mysteries of universal mind, Brain Pulse Music sonically appropriates the alpha, delta and theta waves emanating from a human brain in the meditative state. With deft precision, Batoh directs these signals from a subject to the Brain Pulse Machine, then manipulates and amplifies them in front of an audience to mind-altering effect. For participants,... END_OF_DOCUMENT_TOKEN_TO_BE_REPLACED 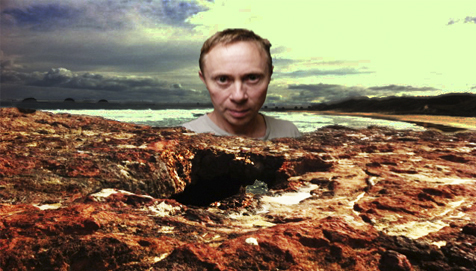 Y'all ready for a little taste of the bush from down under? Well look no further, here comes Mick Turner! Merely weeks before his post-rock opera of an album, Don't Tell The Driver, taxis into your local record store, Mick's done brought us a preview song to build the hype! "Sometimes" is sure to knock that dangling bush-oyster right outta your nose, with it's pastoral/rural vibe and, excitingly, entrancing vocals! No, not the strange gurgling tones emanating from Mick, but rather the... END_OF_DOCUMENT_TOKEN_TO_BE_REPLACED 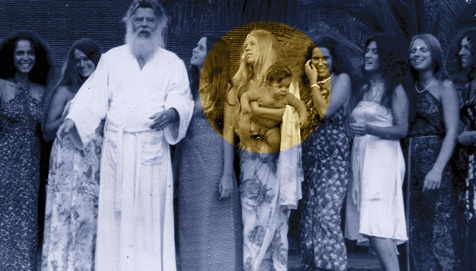 A NEW VOICE EMERGES FROM THE SOURCE FAMILY: AQUARIANA

It's not often a parent knowingly allows their child to join a cult outside the structure of their own family-style cult, but such is the case with Aquariana, who joined The Source Family as a teenager and went on to become one of Father Yod's 13 wives. Happily, it is clear that their spiritual path was where she was meant to be as well, first working her way around the The Source restaurant before landing into Father's loving arms. Aquariana was gifted in... END_OF_DOCUMENT_TOKEN_TO_BE_REPLACED

Artists in this story: Aquariana 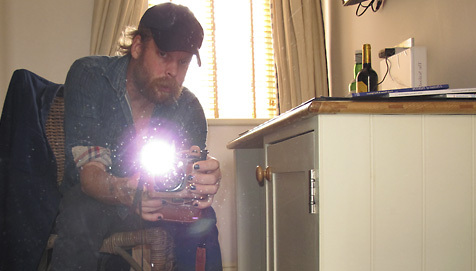 OCTOBER: BONNIE BILLY ON THE ROAD, IN TH' HOUSE

Don't look behind you, for there stands a wolf, all set to howl! The world of Bonny Billy takes many shapes, but regardless of moon phase, Bonne himself is shaped only as Wolfroy. Following North American and European tours with Dawn McCarthy singing What The Brothers Sang, having conquered the last remaining of the 50 United States, and taking the stage with Matt Sweeney for a Cropped Out Festival-exclusive performance of Superwolf (grip it on cassette!), Bonny continues his 2013 voyage with... END_OF_DOCUMENT_TOKEN_TO_BE_REPLACED