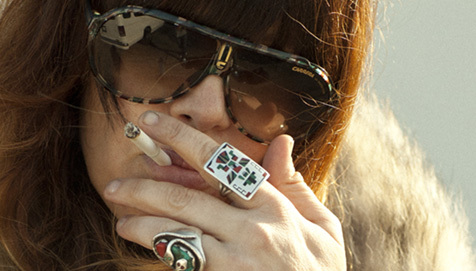 JJ GOT ART ON DISPLAY!

Big news from the BB camp! And since you're in Drag City town, that's Club Black Bananas, babies! No, we're not talking about a new record - there's that Volcom single and the "Rad Times" video featuring Playboy model May Anderson, but other than that, nothing to report from the Banana patch for the rest of 2013 anyway. Shit's still in the LAB, you know? What's out of the lab and leaping for the gallery wall is a bit of artwork from JJ... END_OF_DOCUMENT_TOKEN_TO_BE_REPLACED 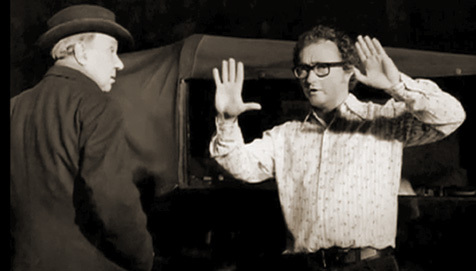 1940s avant-garde filmmaker and subsequent Hollywood outside-insider Curtis Harrington directed everything from cult-adored horror films like Night Tide, Games and What's the Matter with Helen? as well as beloved 70s-80s TV dross, Charlie's Angels and Dynasty. With a career arc beginning in 1940s, his deeply intuitive and evocative approach to filmmaking were heralded by luminaries of the era like Maya Deren and Kenneth Anger (whose Inauguration of the Pleasure Dome featured Curtis in a starring role). In the 1950s, Curtis worked as... END_OF_DOCUMENT_TOKEN_TO_BE_REPLACED

Artists in this story: Curtis Harrington

The following items were found to be missing shortly after the Drag City May Newsletter went live on Friday night. These two sections were a part of a larger vision of America that the Newsletter was meant to convey. If you read it and didn't feel one way or another about America, it's probably because these two chapter were missing. Don't blame the chapters for not making the final cut. It's not their fault that they were cut-and-not-pasted in the desperate final moments of editorial... END_OF_DOCUMENT_TOKEN_TO_BE_REPLACED

TAKE IN SOME OPEN AIR WITH BLUES CONTROL

Blues Control released Valley Tangents nearly a year gone by, during the summer of our end-of-times, 2012. Luckily for all, the end-of-times proved to be a new age of enlightenment more than anything, with Blues Control at the forefront, extending the meadows of their Valley Tangents with no signs of straying into slate, porous rock, ocean or mountain. Valley Tangents provide lush and lively excursions for all who graze on its grasses, and recent torrential downpours yield a fresh new organism on which to feast... END_OF_DOCUMENT_TOKEN_TO_BE_REPLACED

Watchs synchonized and...set...hike! Drag City's suited and ready to first-respond on your ass no matter whether you think there's an emergency or not! The question is, are you ready for our own kind of intervention? If not, don't obstruct - because if it isn't you, then we're here to slice the 'dumb' genes off the bodies of the dead-headed strewn everywhere across this society! It's a modern-day Jonestown, it seems, just waiting to happen all over again. Christ, kids - don't... END_OF_DOCUMENT_TOKEN_TO_BE_REPLACED 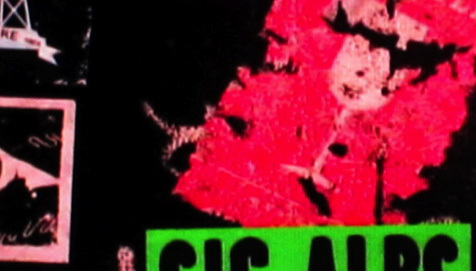 With the fresh-released "She's On Top" EP object close in the proverbial rear-view mirror as it is in real live, Sic Alps gallantly drop the first of three videos (Final Cut-style - ah, Pink Floyd - where's the ground you didn't cover first?!?) from their three-song 12"EP! Directed by William Francis-Bashore Keihn, "She's On Top" rollicks San Franciscan-style just as you'd hope - like a mysteriously-flavored treat! What's in this thing? How's that wonky homonoid doing that creepy-crawl? Where's the owner of... END_OF_DOCUMENT_TOKEN_TO_BE_REPLACED 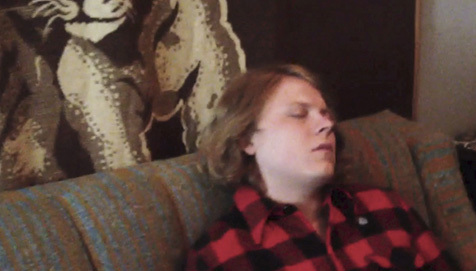 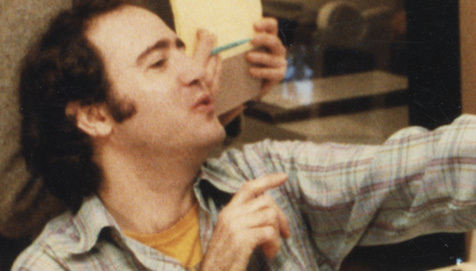 ANDY AND HIS GRANDMOTHER

Sometimes here at Drag City, we like to let the world present our news to you, the consumerfan, for us. Then, once every tiny inch of blog-space has been infiltrated with said news, we wait just a minute for the dust to settle before striking once more, direct from HQ, with a reminder of just who brought you such exquisite and exciting information in the first place. Yes, who knew? Drag City = Spin City. And this be one of those spinning wheels; in this... END_OF_DOCUMENT_TOKEN_TO_BE_REPLACED

Artists in this story: Andy Kaufman 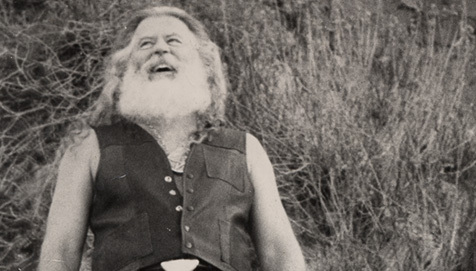 The Source Family documentary is this season's art-house go-to cinematic experience - everybody's talkin', but we can't hear a word they're saying! That's cause Drag City Films, while proud of the promotion and distribution of it's latest film, is the younger child, the baby, if you will, in the Drag City family - and since the elder child is about the records, we're hustling hard this week to get copies of The Source Family Original Soundtrack into the hands and eventually ears of a fascinated... END_OF_DOCUMENT_TOKEN_TO_BE_REPLACED

Artists in this story: The Source Family 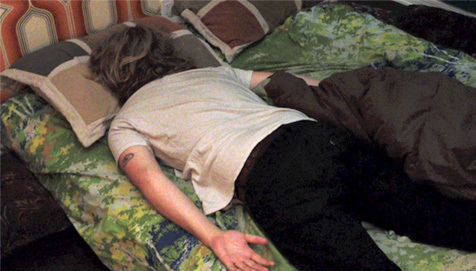 TY SEGALL HAS A WAKE UP CALL FOR YOU...