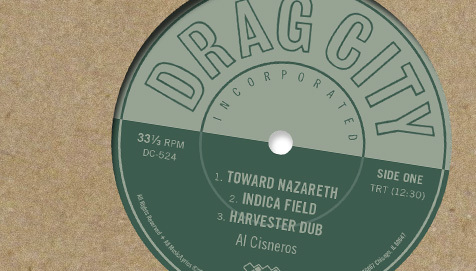 WHAT GROOVES ON IN THE FORTRESS OF SOLITUDE

Despite what seems like continuous vibrational passage to all spots on our earthly terrain (in other words, touring), OM can't always be in the same place at the same time! Their individual talents require them to split apart even as the notes of the final show are dying away, miles removed from the concert ground - and so, as satisfying as it is thinking about the members of OM eating the same meals, together, after a day of writing and practicing, before retiring to the... END_OF_DOCUMENT_TOKEN_TO_BE_REPLACED 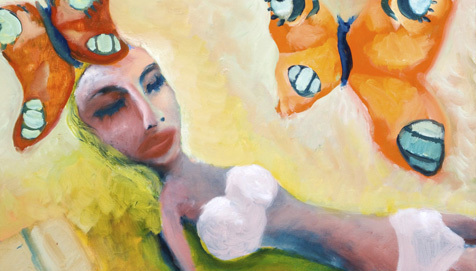 This Sunday, November 24th, Drag City’s Soccer Club Club is thrilled to host the surreal, hallucinogenic (and fun!) art of the infamous Australian musician and painter, Mick Turner. Yep, or "Dirty" Mick Turner, as we fans of his work in the Dirty Three sometimes call him (but never to his face, mind you!). You know, we might even consider starting to call him "Venom P." Turner (secretly, of course!), because of his also infamous but now quite distant participation in the... END_OF_DOCUMENT_TOKEN_TO_BE_REPLACED 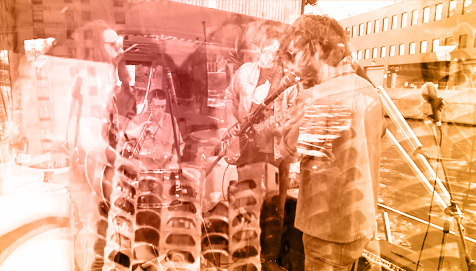 GET ON BOARD WITH CAVE AND CATCH THEIR DRIFT

CAVE just wrapped up the last leg of their USA tour, and Threace continues to roll downstream! The dudes have expanded and extrapolated their jams to dizzying degrees of freakishness while out there in the wild chitlin' wilderness, spreading their love while lost all across America. Travel wasn't limited to van, however; like a super-sonic hovercraft, CAVE are adept at taking their funk-fusion rock show into both air and water! Expanding upon their penchant for guerrilla-style album-announcement tactics first witnessed with the release of Neverendless... END_OF_DOCUMENT_TOKEN_TO_BE_REPLACED

Yas! The hellidays is coming! But even more impending than the annual Chrimble/ Hanukah/Kwanza ass-kiss of evil, Thanksgiving is coming! At least to us ‘Mericans – but isn’t our formerly great society still the prototype for rising market communities all around the world? Which means that no matter what turkey you believe in, that Black Friday is a “thing” for you and yours? Thus, yas – it is back to black for everyone. And Drag City... END_OF_DOCUMENT_TOKEN_TO_BE_REPLACED 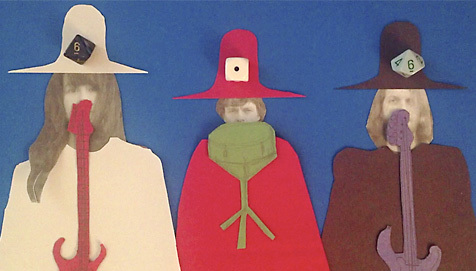 What do you see when you look into the mirror? No one looks the same upon reflection, but if you dig that perspective, think how you might see yourself with no access to it, like if you were "Mirrorless?" From Magik Markers' POV, the angles are restricted, leaving simply a crude cut-out doll. "Mirrorless," they are moved by the hands of an unknown deity, dressed with instruments, decked with beers, funny hats, and supernatural others on a whim. In one... END_OF_DOCUMENT_TOKEN_TO_BE_REPLACED 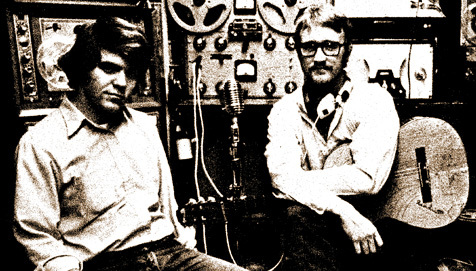 After 40 some years, the legend of Michael Yonkers has finally ascended to it's much deserved highly estimable levels. The saga dates back to the mid-late 1960s, beginning with a near miss of wide-spread, major-label success followed by years of intense creativity with not a whole lot of acknowledgement from outside ears. At least, until Yonkers' Microminiature Love, originally intended for release on Sire in 1968, got issued in 2003 - suddenly, a new psychedelic window opened in the sky, and like any... END_OF_DOCUMENT_TOKEN_TO_BE_REPLACED 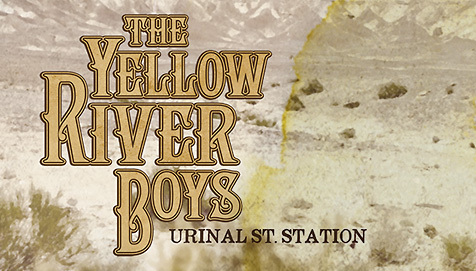 Million Dollar Performances strikes again! Fresh off the boozy "I Drink" 7", which brought together comedic legends Neil Hamburger and Margaret Cho, comes a dazzling full length LP soaked in something other than alcohol: Yellow River Boys' Urinal Street Station! Our friends at MDP have a unique flow in their outlook, so we'll let them elaborate further:

"What happens when one of the top bands on the classic rock circuit decides to throw caution to the wind and reveal themselves... END_OF_DOCUMENT_TOKEN_TO_BE_REPLACED 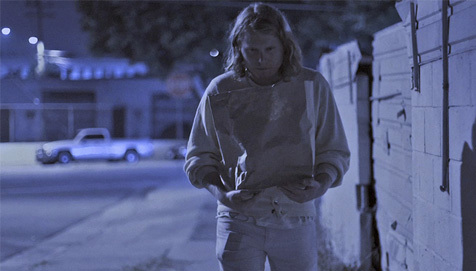 The first video transmission from Ty Segall’s new solo album, Sleeper, released just a few months ago, takes the form of "The Man Man." The film broadcasts the song's edgy paranoia all across the little big screen, where not even Ty Segall himself is spared by its monster vision. Truly, surveillance is a bitch! We want to be seen and heard, but at what cost? Look out - "The Man Man" is looking at you too. 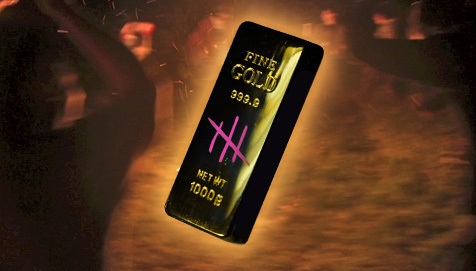 OUT OF THE BONFIRE AND INTO THE SOLID GOLD FANTASY - IT'S MAGIK!

Here it is, wham! The video for "Bonfire" setting the night alive! Sometime over the horror-weekend, Magik Markers took back the empty fields and burned out the ghosts 'n goblins around their bonfire, like house exorcists back from the brink, playing MM party jams in the flickering night while the Naraganset cans crushed against the furious listeners. The rush of blood, the beating bleating thrum of love's heartbeat can leave anyone feeling a little vulnerable. In just a couple fortnights, we're all gonna... END_OF_DOCUMENT_TOKEN_TO_BE_REPLACED 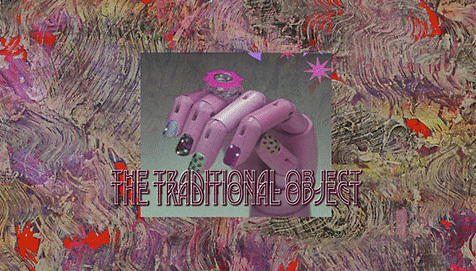 For every opening, there's a... closing! And such is the case with Lisa Alvarado and her extraordinary installment, "The Traditional Object," which has graced our Soccer Club Club space for the past month! Yep, it's time to move on, but not without a serious bang - this Sunday, November 3rd, there will be a special closing reception for "The Traditional Object" from 3-5PM with special musical accompaniment from Bitchin Bajas and Natural Information Society, big band collaboration style! This... END_OF_DOCUMENT_TOKEN_TO_BE_REPLACED