WHEN DO YOU "SATURDAY?"

Aw, what day is it? Wednesday, Thursday maybe? F-dat noize. All we wanna see is some "Saturday," prowling around Darby Crash-like mumbling, "Gimmie gimme this, gimmie gimme that." But obvs some kinda jacked-ghostly spirit Darby, wandering into the void of some Baltimore-ian shit-house of a party, looking for a skin to inhabit, only to get curb-stomped (spirit-style) by some dude named Buck. Buck's watching a band play and having the 'gasm of his life while doing it; he ain't got time to deal... END_OF_DOCUMENT_TOKEN_TO_BE_REPLACED 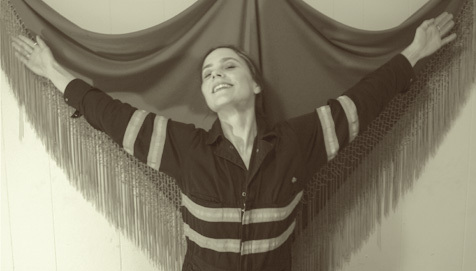 IT'S UP TO SCOUT NIBLETT

Stripped of partnerships both musical and personal, self-reliance has become more than survival technique for Scout Niblett. Arming herself with the old Rollins'-ism, "And at the end of the day, all you have left if yourself and your mind," and therefore encouraged to see her own strengths and utilize them, Scout ready to drop a storming new record, It's Up To Emma, her first long-jammer in 3 years. It's Up To Emma illuminates friction between partners, generates gradual tension, and explodes from... END_OF_DOCUMENT_TOKEN_TO_BE_REPLACED 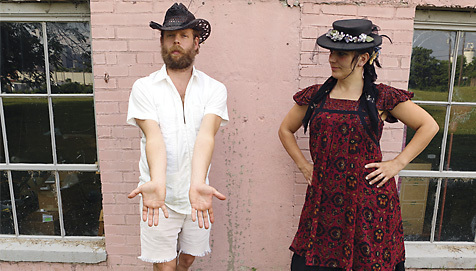 ALL WARMED UP BY WHAT THE BROTHERS SANG

All week long, we the Drag City simply stayed in bed! Why? Cause it's just too nice rolling around in some sweet Everly Brothers covers made by Dawn McCarthy & Bonny Billy to get up and get out into mid-February- or any month, for that matter! Whether it's romping to the pleading revelry of "Somebody Help Me," or snuggling up with the harmonious, patient transcendence of "Omaha," What The Brothers Sang, the freshly released long-player from Dawn McCarthy & Bonnie 'Prince' Billy, warms... END_OF_DOCUMENT_TOKEN_TO_BE_REPLACED 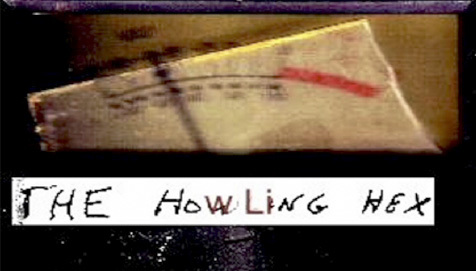 THE HOWLING HEX SEND IN THE "PRIMETIME CLOWN"

The Best Of The Howling Hex? Why yes, it is - the best of their releases this year, at least. That's a fact you can take to the bank (along with the fact that this is a new album of new music, and not a greatest hits of any kind), and a fact which you dang sure should take from the bank all the way to your local head shop to pick up the latest from Neil Michael Hagerty and the gang. The Howling... END_OF_DOCUMENT_TOKEN_TO_BE_REPLACED

AHEAD ON OUR SHOULDERS

Drag City - Dateline, March 2013! Another delightfully incongruous release date is upon us - Dawn McCarthy & Bonnie 'Prince' Billy sing What The Brothers Sang paired with the new The Howling Hex album The Best Of The Howling Hex. Plus a rare Blue Chopsticks LP release - Night, Sleep, Death, the new album from The Wingdale Community Singers. Plus Bonnie 'Prince' Billy floaty pens for all participating US stores with vision and a like-eyed constituency! Plus great... END_OF_DOCUMENT_TOKEN_TO_BE_REPLACED

It's New Release Tuesday here at destination: Drag City! And if you don't already got yer copies of Dawn n' Bonnie's What The Brothers Sang, The Howling Hex's The Best Of The Howling Hex, and the latest Blue Chopsticks release, Wingdale Community Singers, spinning on your platter, yous better hop to it, little pre-Easterite bunnies! But get your front paws at the ready, cuz today also marks the first date of pre-sale for the head-bangers of March: 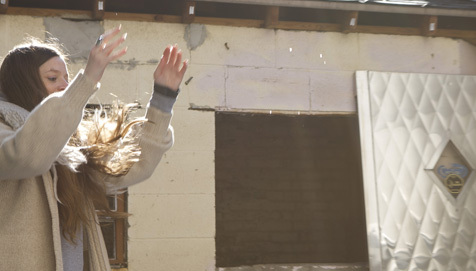 WHERE HAVE YOU GONE, MEG BAIRD?

Artists! Right? They always feel the need for change (keeps the creative rolling constant), some things always gotta stay the same - such as a need for bread, you know? Or cheese, or lettuce, depending on your agricultural region. We're talking about dosh, paying bills, making do (or do wah diddy, if the spirit moves 'em). So just cause Meg Baird moved from Philly to San Francisco doesn't mean she's taking a breather or something/anything, ok? In fact, she's taking advantage of the new locale... END_OF_DOCUMENT_TOKEN_TO_BE_REPLACED 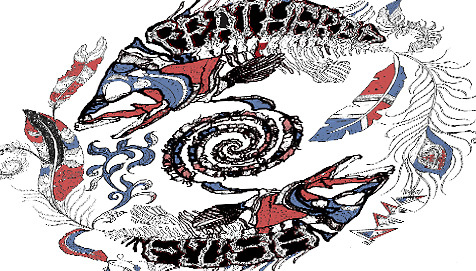 What is Feathered Fish? It all started when artist and musical freak Jennifer Herrema, Black Bananas front-woman, approached her favorite jewelry designer, Pamela Love, about collaborating on a remake of the iconic Royal Trux skull ring. Pamela, a longtime fan of Jennifer’s and a musician herself, immediately said, hell yes! Realizing they have way more in common than just skull rings, ideas poured like wine and moonshine- too fine and too strong to let go by the wayside. These visions... END_OF_DOCUMENT_TOKEN_TO_BE_REPLACED 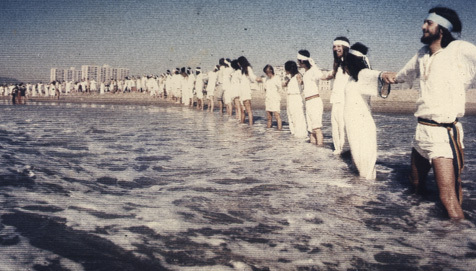 Springtime's for tantric coupling, right? Peace, Sting! So May 1st is (very) high time for a theatrical premiere of THE SOURCE FAMILY, the feature-length documentary directed by Maria Demopoulos and Jodi Wille about Father Yod and The Source Family's radical experiment in '70s utopian living, yo! It all begins at the IFC Center in New York: a pleasure chest of interviews with never-before-seen home movies, photographs, and original music created by The Source Family themselves provides an unparalleled insider's view into the cult/commune... END_OF_DOCUMENT_TOKEN_TO_BE_REPLACED

Artists in this story: Father Yod and the Source Family, Father Yod 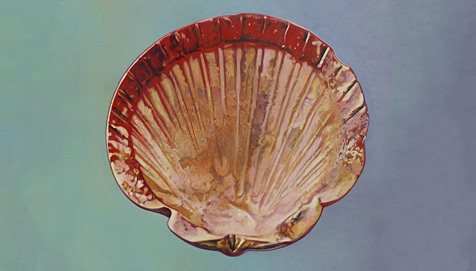 The Soccer Club Club and is pleased to announce Wane's World: A History of "Things", a solo exhibition of works by Venice, CA-based artist, Becca Mann. Making paintings and drawings from photographs, applying a series of editing and transcribing strategies to work towards a sublimated analogue of the original image - sounds complex, right? Well in the "art" world it's called, "the process" (we assume, duh!), and it's exactly how Becca operates. Ms. Mann selects images in an attempt to create a dialog... END_OF_DOCUMENT_TOKEN_TO_BE_REPLACED