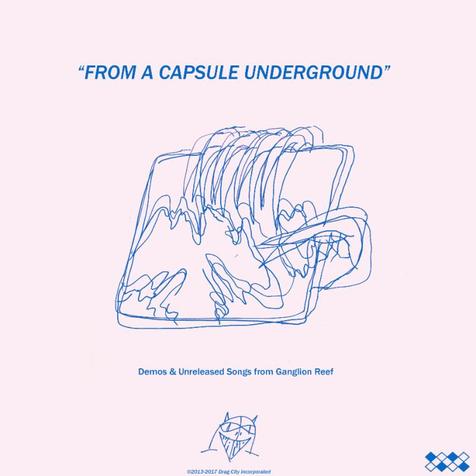 WAND'S BACK TO THE DRAWING BOARD - FOR CHARITY!

Remember when you were young? And you shone like the sun and all that? Well, some of us still ARE young, thanks - like the kiddie-boys-and-girl of WAND - the only thing is, it's hard to tell sometimes, since not only have they been so darn prolific, but each record represents an evolution most folks would only reflect after a de rigueur two-year hiatus between album cycles! Instead, four cycles in, the path has been so epic and serpentine, we gotta pinch ourselves to remember... END_OF_DOCUMENT_TOKEN_TO_BE_REPLACED 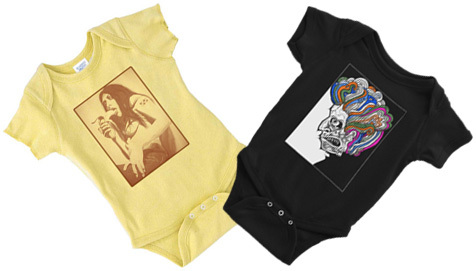 WE GOT YOU COVERED, BABY!

Hey all you rock n' rollers! we know what happens when you or a friend/loved one hit that certain age... the beat of the biological clock grows stronger and stronger, til BOOM! Another little baby child is born... in need of something to wear! Babies are miniature, attention-grabbing versions of humans - (sometimes) beautiful, and therefore perfect for being dressed in the clothing you think is most emblematic of your personal interests and the music lovin' adult you hope to see em grow up to... END_OF_DOCUMENT_TOKEN_TO_BE_REPLACED 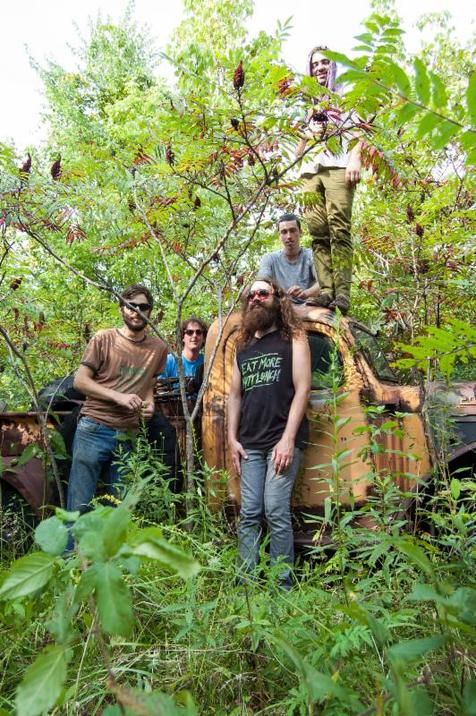 America's favorite hypnotically groovy quintet is back! Well, not with a new record, but something urgently needed, regardless-an upcoming Chicago performance! What's better than CAVE's first hometown show in over two years? CAVE's first hometown show in over two years on NEW YEAR'S EVE, that's what! It's happening at the Hungry Brain, where CAVE's deep-space jams are sure to ring in 2018 by transporting your mind to another place-ANY place you wanna be, so long as it's chiller than this current unreality, right? Right! CAVE... END_OF_DOCUMENT_TOKEN_TO_BE_REPLACED 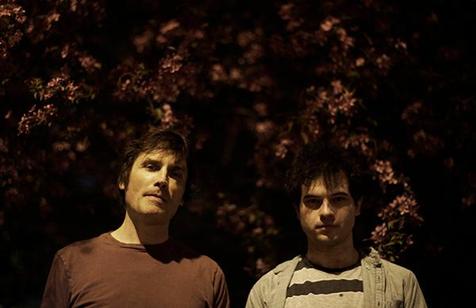 ALL I WANT FOR CHRISTMAS IS BILL MACKAY AND RYLEY WALKER

With all the noise Bill MacKay & Ryley Walker's inspired collaboration SpiderBeetleBee is making on year end lists across the world (no surprise there!), here's a tender reminder to see the two guitarists in action as soon as possible! Bill and Ryley's innate chemistry and ability to perform gorgeously fluid guitar stylings in a live setting should come as no surprise: the duo began their partnership as an improvisational live act, but each were vibrant and accomplished six-string slingers to begin with! This Friday,... END_OF_DOCUMENT_TOKEN_TO_BE_REPLACED 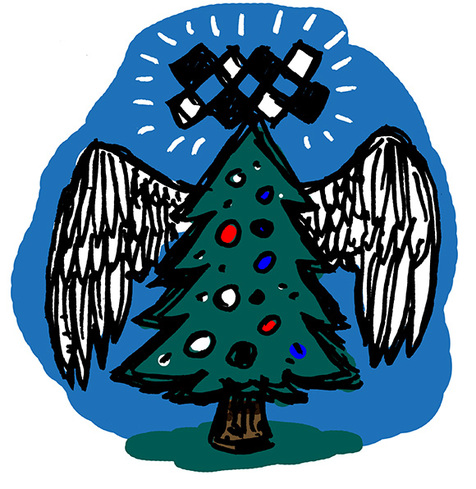 FEATHERS FOR YOUR TREE

We've spent the last couple weeks deep in the recesses and crevasses of the Drag City nest, where even our bravest fans would have no sense of time or place, no compass or sense of gravity. Yes, it's inventory time again, where we look upon some of the most venerable items on our catalog! It makes us think, gee, what if we didn't have to count these things next year? But the x-factor in our stated equation is YOU, dear listener. Sure, you could Christmas... END_OF_DOCUMENT_TOKEN_TO_BE_REPLACED 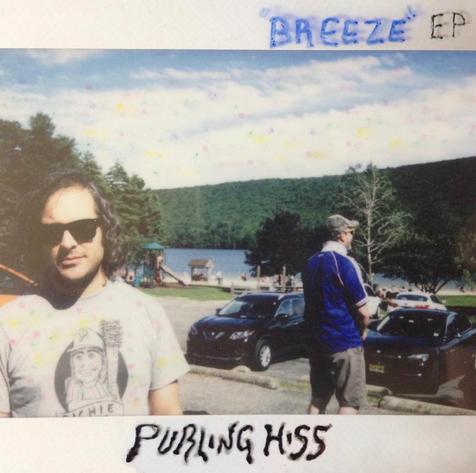 ALL WE ARE IS PURLING IN THE WINDS OF HISS

For everyone who loves a surprise stuffed in their stocking, we've got just the thing: a brand new (to you!) digital-only EP from Purling Hiss! Harkening back to the early days of Purling Hisstory, "BREEZE" replenishes the bedroom haze that can only come from Mike Polizze, a 4-Track, and a fresh stash of ideas. A total of eight tracks mostly recorded in the last year, "BREEZE" bounces with a sunny disposition, buzzing with crystallized melodies that burrow deep. Speaking of deep, one... END_OF_DOCUMENT_TOKEN_TO_BE_REPLACED 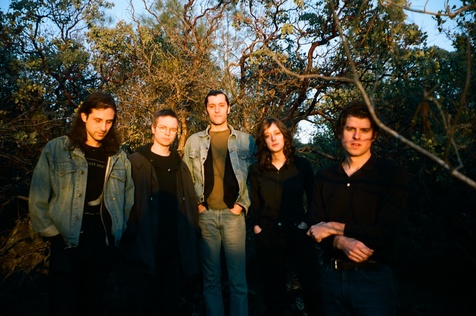 WAND'S IN STORE FOR US

Tis the season to be wary! The goods on sale in the marketplace have upn them the distinctive taint of the man - that besuited-n-tied gummit official-type offering us a discount, except it's actually a price hike - you know who (or more to the point, WHAT) we're talking about! But fear not - all the bills of goods out there aren't bogus, there's still a vendor you can trust. What, us? We wouldn't dare flog the humble goods of the mothership at a time... END_OF_DOCUMENT_TOKEN_TO_BE_REPLACED 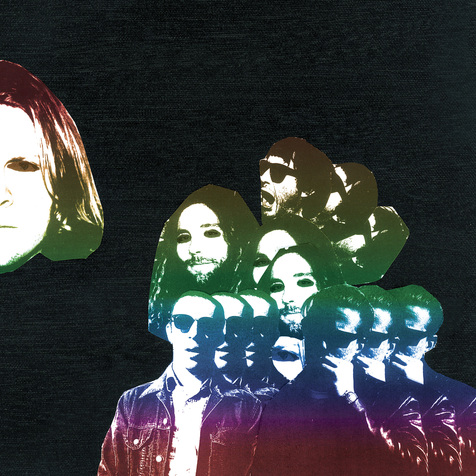 Freedom's Goblin is the new Ty Segall album: 19 tracks strong, filling four sides of vinyl nonstop, with an unrestricted sense of coming together to make an album. Out January 26th, it wants you to get your head straight - but first, the process will make your head spin! On any given side, we're tracking five or six full-blown personalities, unconcerned with convention or continuity. The songs came in the flow of the year: days of vomit and days of ecstasy and escape too, and... END_OF_DOCUMENT_TOKEN_TO_BE_REPLACED 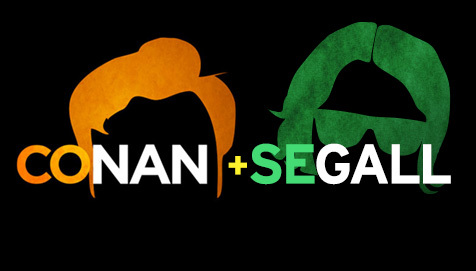 TY SET TO GET FREE ON CONAN TONITE!

We've just flipped to the 2017's 12th month, wherein gifts are traditionally given! And whew, in perhaps our greatest time of need, here's one for all yer December's children (and everybody's) - tonight, Ty Segall and The Freedom Band waltz back to the friendly and festive studio confines of the CONAN show! Will he render pristine the recently released singles, like "Alta" or "My Lady's On Fire"? Perhaps a burning rendition of "The Main Pretender" or "Meaning," instead? We don't know for sure, which... END_OF_DOCUMENT_TOKEN_TO_BE_REPLACED