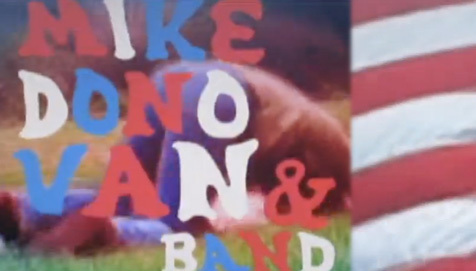 TOURING - WOT IS IT?

It's playing shows, it's live: it's like, raw and feels good, and sometimes bad. Sometimes bad-ass. It's loud, it's soft, it's really unreal, bent-time continuum and human-human interaction to the 4th dimension: bands working it out within themselves, work it out into you, then you're giving it back to them and share it with the ones next 2 U, 2. It's finding the hill and rolling down it, like Mike Donovan and band prove it, it's life as life. Dig, Donovan's solo debut album, ... END_OF_DOCUMENT_TOKEN_TO_BE_REPLACED 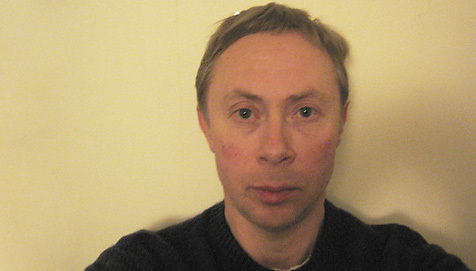 Mick Turner is risen! Rose? Resin? Rizla? Whatever! Replete with classic epics and timely reprises, Don't Tell the Driver is an inspired and focused collection of Mick Turner music that reaches for new borders without sacrificing the dizzy wandering and painterly stillness that has typified Mick's best work of the past. With the help of his many friends, Mick Turner has turned over a powerful page of life and music on Don't Tell the Driver.

Yeah, Don't Tell the Driver is different from... END_OF_DOCUMENT_TOKEN_TO_BE_REPLACED 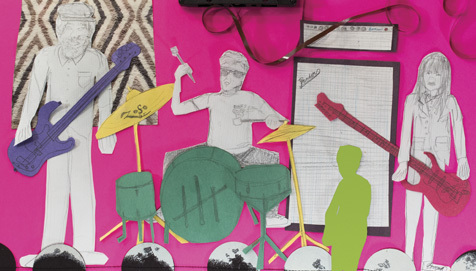 SURRENDER TO THE MARKERS

Stop right there, hands in the air!If you want to know what Magik Markers think is good for you, you’ll Surrender To The Fantasy. For this long-desired alpus, they’ve been working in threes and stuff. The hermetic trifecta of knowledge, Christ and the two thieves, Alvin and the Chipmunks, and the original tagline of the Markers’ symbol: “3 down, no to go.” Meaning, these 3 get it and literally no one else needs to . . .’cept the record-buying public, tra la la,... END_OF_DOCUMENT_TOKEN_TO_BE_REPLACED

WHY DOES ANYTHING EVER REALLY HAPPEN?

It's such a hard world, and the main news we get every night is of people offing each other. And they're usually people who said at some point that they loved each other! It's so discouraging, but deep within this sad, grey reality is the beating heart that keeps us going forward! Passion, people - what drives a man to kill might also drive him (or his woman) to make a record instead, and totally kill with his (and... END_OF_DOCUMENT_TOKEN_TO_BE_REPLACED 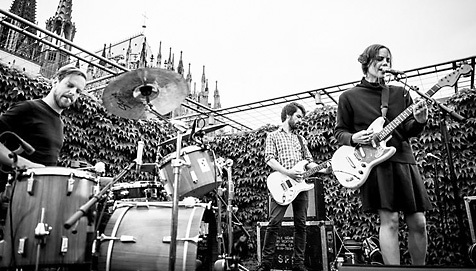 IT'S UP TO SCOUT TO RETURN.... TO EUROPE

Whoa, wherever you're looking, it seems like Scout Niblett's either there, or just was there, or's gonna be there, shortly! After all, It's Up To Emma and that means she goes where she wants, when she wants, and it just so happens the girl gets around... on tour, that is! What up now? Well, having just recently started her US tour, Ms. Niblett figured, what the hell - let's swing through Europe once again, for kicks! So here we have it, stars aligned!... END_OF_DOCUMENT_TOKEN_TO_BE_REPLACED 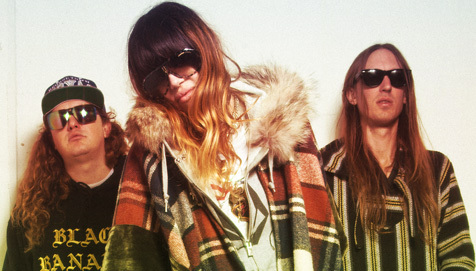 BLACK 'IN BACK' BANANAS STREWN 'CROSS THE HWY

It's nearly fall season and e'rbody on the DC rosta and beyond is treckin' somewhere - in the case of food management between the Pacific Northwest and the Badlands, we hear those fruit peddlers screamin: "Yo man, dems 'nanas gettin' BLACK!" Nearby, JJ Rox and co. snuff a cig in the dirt, and snort. Shades raised, tops down, middle fingers extended, up - Black Bananas are set to terrorize stage after stage, playing foil to the mighty mofos of MGMT and their fully-primed... END_OF_DOCUMENT_TOKEN_TO_BE_REPLACED 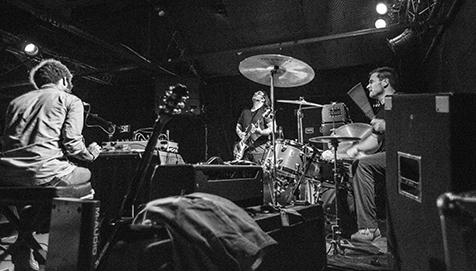 Rejoice! OM's interplanetary trajectory has aligned with ours, and they're heading your way...! The coordinates have been keyed in, the destination of Europe in sight, all ready for a November touchdown amid jets of synth, thrusts of earth-disturbing bass and clouds of alluring alien gases. Celebrate and prepare, for the trio of Al Cisneros, Emil Amos and Robert Lowe are a force to be reckoned with and relinquished to. A series of Alpha & Omega'd dubplates in tote, as well as copius... END_OF_DOCUMENT_TOKEN_TO_BE_REPLACED 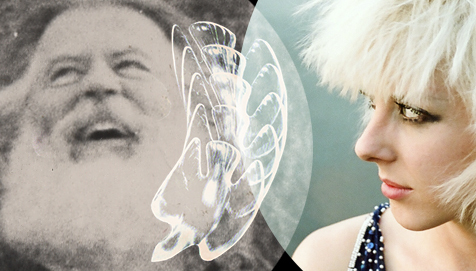 WHAT IF??... SOPHIA KNAPP WAS A MEMBER OF THE SOURCE FAMILY?

We know you know chanteuse Sophia Knapp, whose magnificent solo debut, Into The Waves, rocked our big fat world, and whose enchanting live shows continue to shine when they pop up all across this country. But... do you know Sophia Aquarian? In this episode of WHAT IF?!?: DRAG CITY, we ponder, what if... Sophia Knapp traveled back in time and joined The Source Family? Surely she would've been a key member in the band, along with Djin, Octavius, and... END_OF_DOCUMENT_TOKEN_TO_BE_REPLACED

Artists in this story: Sophia Knapp, The Source Family 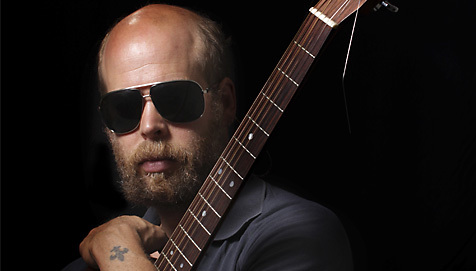 The rate at which the world speedily turns now means school days are approaching faster than you can say, "Wolfroy Goes To Town!" What happened to the dog days of summer (in the Southeast)? Well at the very least, you can take a bite out of knowing that soon you'll start doodling your favorite Bonnie 'Prince' Billy lyrics into your trusty trapper keeper. And what's more, there's a chance to see his majesty live and in the flesh this fall- perfect... END_OF_DOCUMENT_TOKEN_TO_BE_REPLACED 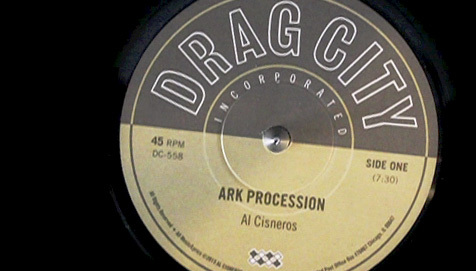 GET ON BOARD "ARK PROCESSION" WITH AL CISNEROS

Al Cisneros is no stranger to the deep meditations of a minimalist, sub-sonic song. We've all been totally faced by the ritual low-end thunder his band, OM, bestow as gospel both live and on record on the regular, a sound source which can hardly be described as minimal yet never needs more than a smattering of accompaniment beyond its usual, steady drumming. Perhaps a bit of guitar here, some keys there, or maybe just some extra tambo to provide color, but first and foremost,... END_OF_DOCUMENT_TOKEN_TO_BE_REPLACED

Artists in this story: Al Cisneros