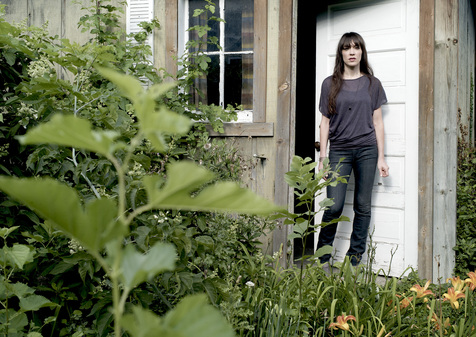 DISTURBING THE AIRWAVES FROM LONDON

Ever wonder what AZITA sounds like with a British accent? Us too! So we were pleased as punch when she winged on over to London to jam not only live in the clubs, but also on the radio, allowing us (and more importantly, YOU, right?) to electronically eavesdrop on her singing and playing like the bird (of prey) that she is. Resonance FM's Arctic Circle Radio program had the honor of hosting AZITA on the head-crushingly early side of a Monday morning back in November... END_OF_DOCUMENT_TOKEN_TO_BE_REPLACED 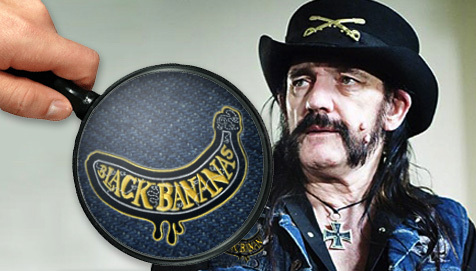 Why, a Black Bananas iron-on patch, ya dummy! Yeah, boy - fill your tolerated-one's XXXmas stockings with Black Banana iron on patches this Twistmas! Mount them on your Menorah! Deck your neighbor's wife's halls with boughs -- of patches! For real, these Black Bananas iron-on patches are ragin' and pre-determinedly legendarily legendary. Who (or what) else defines legendary better than Jennifer Herrema? There is no location on any piece of fabric on the planet that this patch won't make shamefully shameless! Buy it... END_OF_DOCUMENT_TOKEN_TO_BE_REPLACED 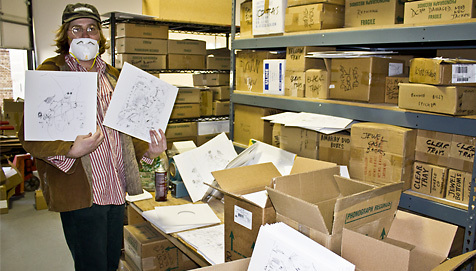 PLEASE TO GET YOUR GROOVE ON

Damn, yo! It's barely a week since we recalled the ghost of GROOVY to the good ol' LP format for which it was conceived. When we say Groovy, we're outside the commonly understood vernacular, perhaps; ours and soon to be yours is three slices of avant-garde heaven released back in 1980 by Pete "Buzzcock" Shelley, Francis Cookson and like-minded others plus one previously unreleased album for good measure. Talk about under-the-radar early 80s electronic/experimentric shit!. Yeah. This shit was rare! But... END_OF_DOCUMENT_TOKEN_TO_BE_REPLACED

Artists in this story: Pete Shelley, Sally Smmit and her Musicians, Strange Men in Sheds With Spanners, Free Agents 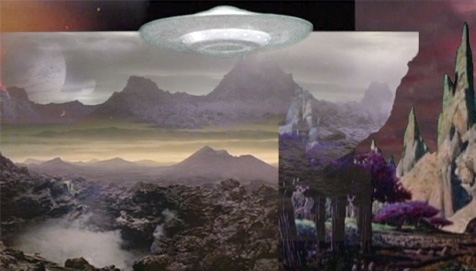 And so we begin the 12 days of XXXmas here at Drag City; or wait, has Hanukkah dropped yet? When's Kwanza? Isn't it Chinese New Year already? We can't tell, to be honest - it was a heaven and hell of a weekend, ok? Partying with ourselves, then crashing holiday get-togethers everywhere we weren't allowed; I mean, in this day and age, where you're encouraged (and actually rewarded) by big brother to slight Mom n' Pop Shops in favor of online retail, it's important... END_OF_DOCUMENT_TOKEN_TO_BE_REPLACED

Gloorrgghhhhrrrgghh! Air! We knew had to come up for air – if not for ourselves, then at the very least to let you know that we’re still here! That’s what makes us Drag City – not that we need to tell you, o ye of great faithful, the nature of our identity, we just like shouting it into the night sky – we’re not just a company that puts out LPs, CDs, DVDs, books and magazines and yes, sometimes just a t-shirt,... END_OF_DOCUMENT_TOKEN_TO_BE_REPLACED 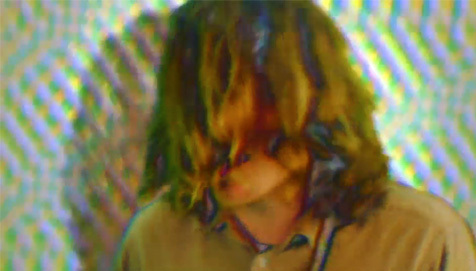 IT ALL TY’S TOGETHER, MAGICALLY

Things make sense all the time. Then they totally don’t. We know why they make sense but then again we don’t know why they don’t when they don’t. That’s super confusing to us, but it's cool ‘cause it's only a half time problem. Not like half time at the super bowl, more like half of a whole. As in 50%...if you’re using 100% as the whole, then 50% would be half. And if you're giving 110% (which is our normal expenditure of effort around the... END_OF_DOCUMENT_TOKEN_TO_BE_REPLACED 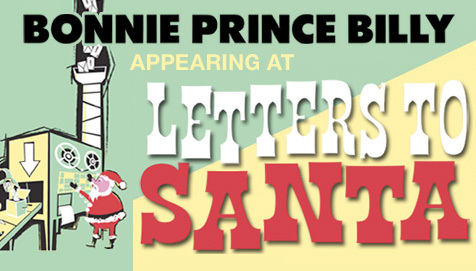 It's that time of year again: time for our little greed-mitts to get itchy while our festive, embroidered stockings hang rotting from the mantle. What kinduh goodies will Saint Nick spray into 'em this year? Whatever the shape, size or substance, it'll be all the more awkward for everyone if your "Santa" is "secret" and doing God-knows-what in the cubicle next to you (like it is here at the mothership, moan!). Anyway, no one knows more about SantaGod and his magikal ways than Bonnie "Prince"... END_OF_DOCUMENT_TOKEN_TO_BE_REPLACED 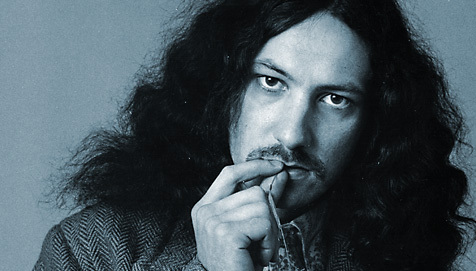 WHO IS JESSE HARPER?

You've seen the bootlegs, heard the covers, and caught wind of the legend. Some Kiwi-born guitar-slinger mysteriously called Jesse Harper who could bend strings like his hair was on fire, who suffered the pitfalls of managerial mishaps and couldn't get a deal for his white-hot album, who turned to Krishna-consciousness and migrated to India, never to be heard from again; sound familiar? It's a rock n' roll chronicle covering 40 years, and it's finally getting proper due, when Drag City releases Doug Jerebine is Jesse... END_OF_DOCUMENT_TOKEN_TO_BE_REPLACED

Artists in this story: Doug Jerebine 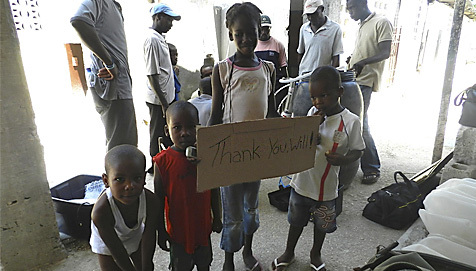 Back in the early times of 2011, post-quake/pre-tsunami February, to be exact, our pals Bon and Cairo blessed us all with 10"s of help for those in need. "Island Brothers" b/w "New Wonder" was the name, and charity was it's game - remember that one? Every little shilling you spilled purchasing it went towards an approved Bonnie cause, but we didn't use ALL of it on scented oil soaps! Nope, some proceeds for the 10" single actually went to the EDGE Outreach, a non-profit... END_OF_DOCUMENT_TOKEN_TO_BE_REPLACED