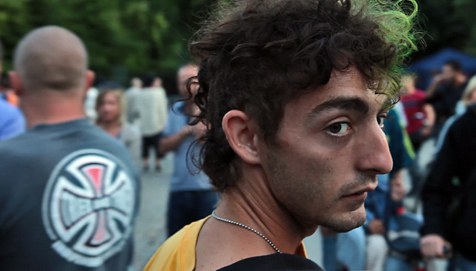 Dragonslayer opens in theaters on November 4th! Having racked up 4 prestigious nominations from Cinema Eye - Best Debut Documentary, Best Cinematography, Best Editing, and Best Score - and having won Best Documentary at the Eastern Oregon Film Festival, what could possibly keep you from saving up a coupla bucks to see it? An intimate, 'verite' portrait of Josh "Skreech" Sandoval, the skate legend from the stagnant suburbs of Fullerton, CA, Dragonslayer takes the viewer through a golden SoCal haze of lost youth,... END_OF_DOCUMENT_TOKEN_TO_BE_REPLACED

FROM THE JUNGLE COME BLACK BANANAS

Shit, Drag City's finally up and running in its new digs, and what'd we find creeping out from our kitchen? Nothing but BLACK BANANAS! No, not your rotting, starchy, potassium-filled fruit - Black Bananas is Jennifer Herrema & Co.'s new band, excavated from molted peel of RTX. Why the name-change? Well, who other than Jennifer is the queen of Banana songs? And after three albums under the name RTX, Herrema and her bunch- Mckinley, Midness, Welch, and... END_OF_DOCUMENT_TOKEN_TO_BE_REPLACED 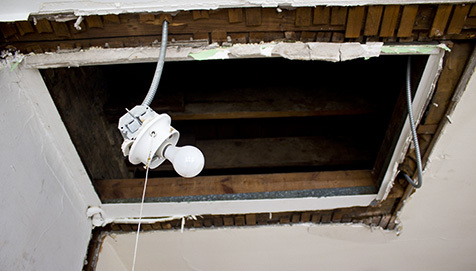 For those of you who haven't heard, Drag City will be changing locales during this week and the next. As moving will be an all-consuming process, those of you who have made non-digital purchases with us via our online store can expect a week or two of delay to receive said purchases. We are sorry for the inconvenience, but we are doing everything within our power to expedite the process. Thank you for your patience, and we will see you on the other side. 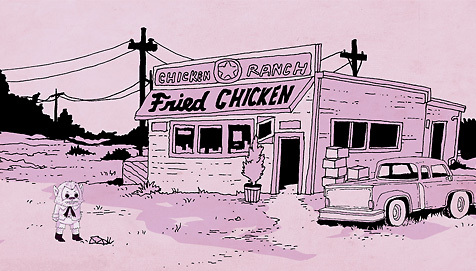 Justa couple days ago, Tuesday October 4th to be exact, Wolfroy came in every town - jah mon, the new Bonnie Prince Billy album, Wolfroy Goes To Town hit record shelves across America! And if you happen to live in one of the fine human town-zones known as Atlanta, Birmingham, Cheyenne, Kansas City, Memphis, New Orleans, Omaha or Richmond, then you're lucky 'nuff to see a hot new late night mini-epic featuring our Bonny-pink friend, Wolfroy! 'Cause Drag City & Bonny Billy have taken... END_OF_DOCUMENT_TOKEN_TO_BE_REPLACED

Neil Young and his wife Pegi have sent us this message, to add their voices to the chorus of all who were touched by Bert Jansch over the years:

"With deep regret Pegi and I acknowledge the passing of Bert Jansch. Pegi and I were lucky to play with him on all of our shows for the last couple of years. He is a hero of mine, one of my greatest influences. Bert was one of the all time great acoustic guitarists and singer songwriters.... END_OF_DOCUMENT_TOKEN_TO_BE_REPLACED 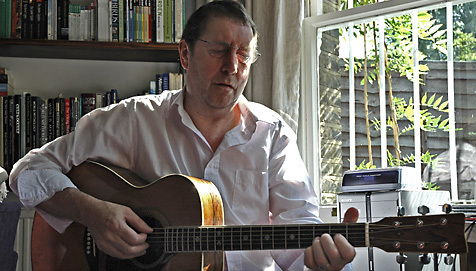 It is our great misfortune to post this bit of news: guitarist and singer of songs Bert Jansch has passed away. His career as a musician was a long and storied one, and his contributions will be remembered as long as music is remembered. A complete account of Bert's achievements and many other personal reminiscences can be found in a myriad of tributes appearing elsewhere on this sad day. For all of us at Drag City, Bert Jansch was an inspiration - and of... END_OF_DOCUMENT_TOKEN_TO_BE_REPLACED