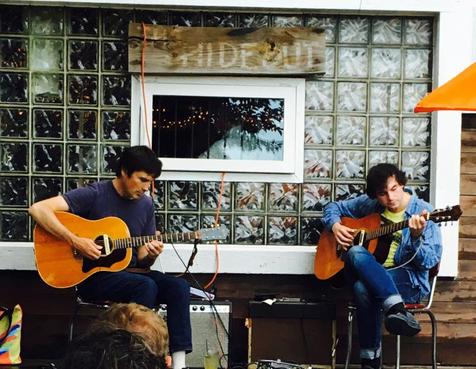 STRETCHING YOUR DOLLAR WITH WALKER AND MACKAY

Bill MacKay & Ryley Walker are out on the road, playing their way from town to town. "Stretching My Dollar In Plano" is a dusty, sonic evocation of the slow waltz across Texas, but the video? Plano's a very long way from LA, and it usually seem that most places are -that's why we have an inescapable Shangri-La-cum-Val-Halla-type of dream that we reflect upon when considering that faraway angel city. There's even a time that being in LA can seems as expansive as a dream... END_OF_DOCUMENT_TOKEN_TO_BE_REPLACED 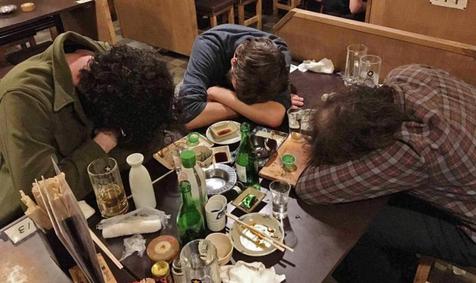 As fall rises to its apex, and withers away, with Thankslessgiving, Bleak Friday, the Equinox and all that all that other shit on the 'risin, the lid on the sun bowl is rattling. Through a crack in the snow globe, natural energy is fixed to explode. Bajas Fresh is coming! The sonical light 'n lazering of Bitchin Bajas is come back to us again, as sure as seasons (gulp!...). Their latest epic comes three years after their S/T album broke open the barrier into new... END_OF_DOCUMENT_TOKEN_TO_BE_REPLACED 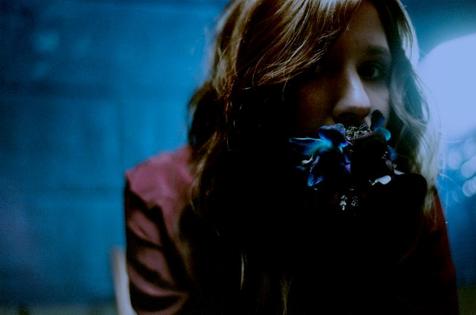 EMBRACING INDIGO ON THE ROAD

Circuit des Yeux's latest addition to an already stunning repertoire, Reaching For Indigo, is deep and austere, pulsating with life stemming from one intimate moment that fell down on January 22nd 2016. Now the moment that fell down in Haley Fohr's life a year-plus ago is giving us something to live for, today! With a sound vibration as universal as it is deeply personal, Reaching For Indigo is an album with a message of self-discovery. Conjuring a complete experience, Circuit des Yeux... END_OF_DOCUMENT_TOKEN_TO_BE_REPLACED 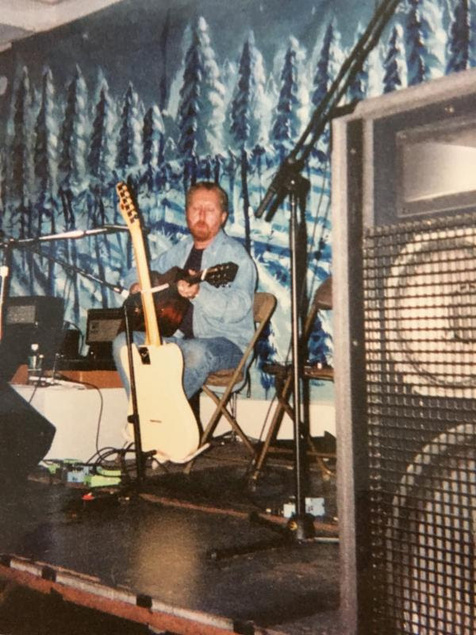 Cast into a moment of tumult and discovery, Pearls Before Swine contributed a uniquely earthy strain to the arc of sound that defined the time and place of the later 1960s, via exotic instruments, electronic oscillation or pure, simple intent as communicated by Tom Rapp's erudite, yet humane songs. There was proto-punk in the mix, rife with humor, aloft with the pastoral acoustics of the banjo; music of the people of the world, all in the service of  Rapp's visceral, unblinking lyrics. 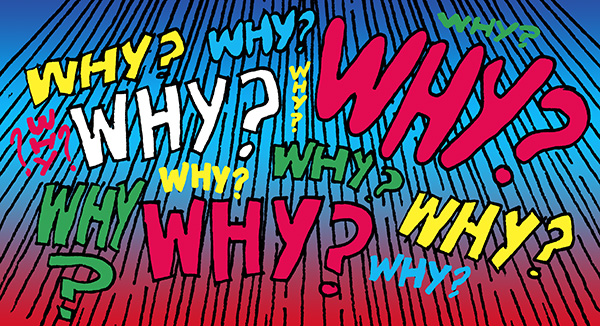 YOU BETTER BELIEVE…THIS IS HOW IT IS

Hoy! It's just another brave new day in America, and wherever else - so don't start with that "How Did I Get Here?" stuff. Shit, how DIDN'T you? You made your choices, backed your horses, cast your ballots, chose whether or not to call the authorities, took the law into your own hands, occupied a moral free-zone with a capacity of one....and hey, on an entirely lighter note, you decided what music to listen... END_OF_DOCUMENT_TOKEN_TO_BE_REPLACED

Sapropelic Pycnic, Ka Baird's very fresh Drag City debut, harkens otherworldly sounds and brings them back down to earth. Evoking rhythms and chants of the tribes, Ka reaches down into the mud of time immemorial to present something that never goes out of style - a catharsis of soul and an expression of devotion that comes from within, touching the eternal.  "Metamorphoses" is a sharp and focused amalgamation of all sounds found on Sapropelic Pycnic-- synthesized elements with bursts of electrifying intensity. Directed... END_OF_DOCUMENT_TOKEN_TO_BE_REPLACED 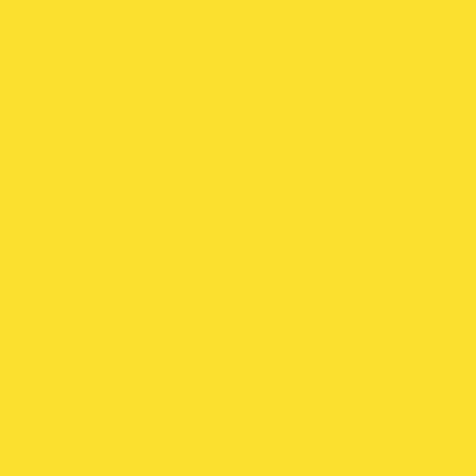 Ty Segall reaches deep down into his deep bag of rocks and pulls out an uptempo dance number, an armload of guitars and a hardcore jam, urging us ultimately to jailbreak from the self-imposed thought prison we've all been raised in. No, tonight's not the night, do it now! Denée Segall's lead vocals hammer home "Meaning" with unbridled strength: "I see fear in freedom..." Is this what's holding us back? Ask yourself, man! Listen here: 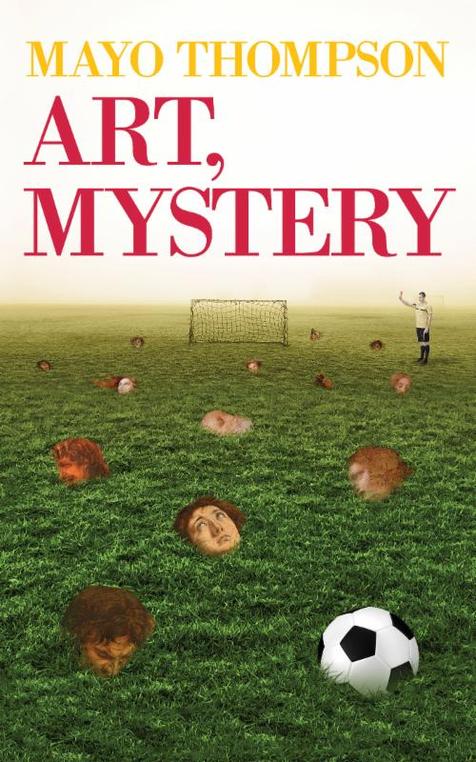 MAYO THOMPSON DELIVERS A NEW NOVELLA FOR THE WHOLE FAMILY!

It's 2017 (still? -ed.) and we've finally got what we've all been waiting for - a new piece of work from Mayo Thompson! No, Krayola-heads, it isn't a new record for year eagerly awaiting ears: it's actually time to get out your reading glasses and enjoy the debut tome from one of the most creative geniuses of the past 50 years!  In Art, Mystery, a disgraced former footballer, now export agent specializing in chrome, accepts an unusual commission from an odd... END_OF_DOCUMENT_TOKEN_TO_BE_REPLACED

Artists in this story: Mayo Thompson 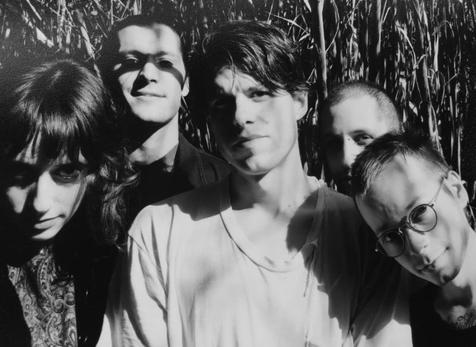 BLOWING THROUGH THE USA, WAND SET SIGHTS ON EUROPE FOR 2018

Fresh off the release of Plum, an album deemed "psychedelia in the truest sense of the meaning - coltish, dark, invigorating and endlessly curious," (Uncut - hey, when did these guys become experts? - ed. ;)), Wand are currently deep in the heart of America's back roads and highways, bringing their unparalleled, empathetic rock to stages big and small.  The maturation of Wand from fuzz-warlords to progressively moody and dark song-writing powerhouses is striking - their heaviness unwavering, their urgency ever-present, yet somehow beyond... END_OF_DOCUMENT_TOKEN_TO_BE_REPLACED 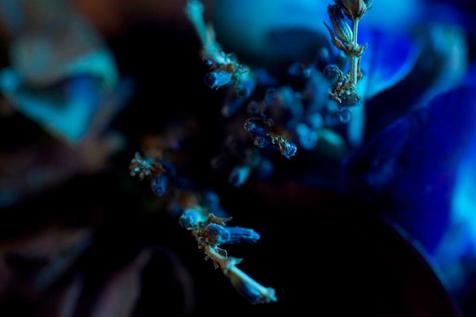 Haley Fohr is one of the most distinctive voices of our time, with its incisive, brooding, four-octave range. Her latest Circuit des Yeux album (and Drag City debut), Reaching For Indigo, is a welcomed and tangible exercise in growth and transformation. Surrounded by accordant collaborators Cooper Crain, Rob Frye, Whitney Johnson, Ryley Walker, Ka Baird and Tyler Damon (among many others), Haley's vision comes to fruition with a striking strength and ease. Reaching For Indigo attains a transparent spirit,... END_OF_DOCUMENT_TOKEN_TO_BE_REPLACED