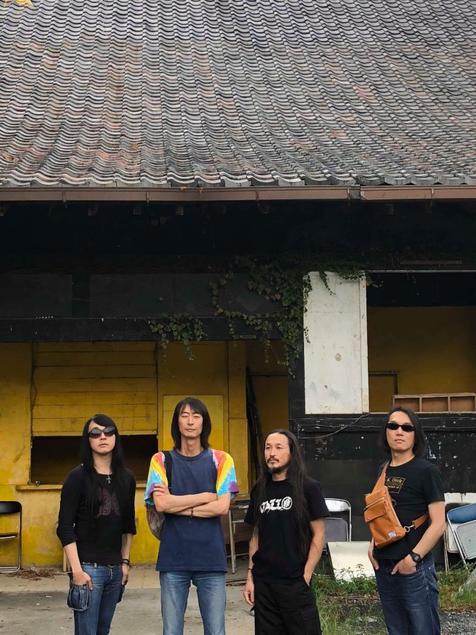 THE SILENCE SPEAK UP

Drawing from all phases of psychedelic, progressive folk-rock reminiscent of the golden age, The Silence make new music in the new century from an almost blinding collection of inspirations. Their deep songs have all manner of lyricism, unexpected chord progressions and tempos, with instrumental breaks where acid-washed guitars, rasping saxophone, nimble drums and gooey bass all get their moment to shine. Metaphysical Feedback,  the group's fourth full length outing, finds them on a linear path moving from more traditional blues-based psych-folk-rock material to something... END_OF_DOCUMENT_TOKEN_TO_BE_REPLACED 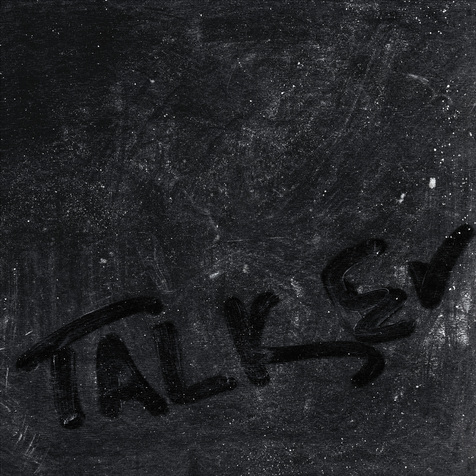 TALKER RETURNS TO THE CONVERSATION!

It's now twenty years since U.S. Maple and Talker were sent tot he Drag City offices. Their third album took the egretions and abrasions of their early music to a new height of quiet horror, their contribution to the summer of '99 - a hot, trying season, one that won't soon be forgotten. Talker was recorded by Martin Bisi and produced by Michael Gira at Bisi Studios. U.S. Maple made two more records after Talker before dissolving in the mid-aughts. Talker has been out of... END_OF_DOCUMENT_TOKEN_TO_BE_REPLACED

Artists in this story: U.S. Maple 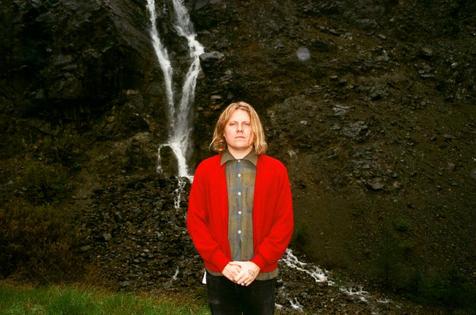 THE SECRET LIFE OF "ICE PLANT" 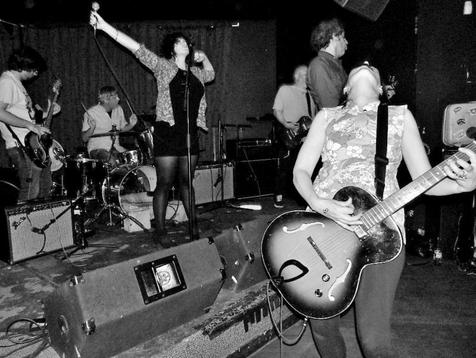 MAJOR STARS SPIN YOU RIGHT ROUND

After over 20 years of record making, Major Stars have arrived at "roots" and "seeds" of their inspiration. Riding a creative hot streak including 2016's Motion Set, the creative current is presently in a mega-waxing state, with momentum that won't quit! In times like these, it's easy to feel connected to sources like roots and seeds - and when you lay the needle onto this platter, you too will feel this inspiration. 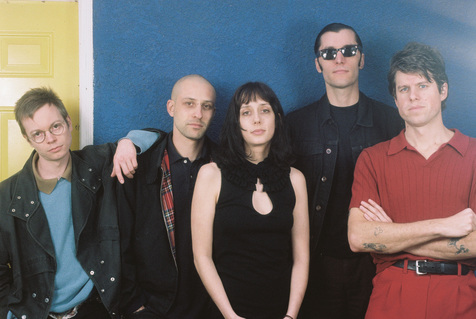 Laughing Matter is one of the deepest head trips of an album of this (or any) year, and its creator, Wand, simply won't quit! Fresh off a triumphant tour of the USA, this summer is about to become certifiably endless as Wand set their sites on Europe (for the 2nd time this year!) in August! Taking it to festivals across the mainland before practically immigrating to the UK, where Wand's  no-clubs-pubs-or-halls-left-behind approach indicates a deep affection for olde Blighty, it's a satisfyingly dense tour... END_OF_DOCUMENT_TOKEN_TO_BE_REPLACED

Artists in this story: Stereolab, Wand 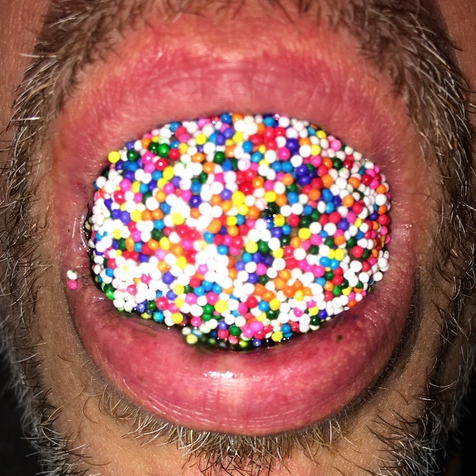 Ow! Summer 2019 won't be the summer that wuz without a blast from Dead Rider! Once the smoke clears, you'll be burning HOT down the avenue with the deal of a lifetime: a new single straight off the lot, "The Sale"! Dead Rider's  industrial-strength deviant blues-funk is boiled down to a single-dose transmission: tolerable toxicity, with variable-speed beats and raps pushing golden age automaton U-S-A-isms (with a swirl of acrid bitterness for taste, of course) - a... END_OF_DOCUMENT_TOKEN_TO_BE_REPLACED 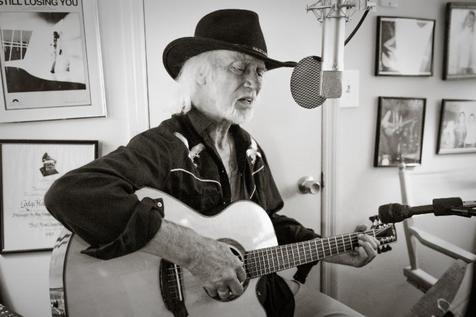 HEAR A DIFFERENT COLOR WITH CHRIS GANTRY'S BOX OF CRAYONS

More than 50 years since he wrote his first country hit, Chris Gantry lives and sings today like the raw outlaw he was back then, just with a wiser world view that only comes with great - and sometimes not-so-great - life experience. While many of his contemporaries have been lost to the years, Chris continues to write and perform with grizzled purpose and ferver, as the song-stories found on his forthcoming Nashlantis album testify! Nashlantis is a country-folk séance of the human spirit; at... END_OF_DOCUMENT_TOKEN_TO_BE_REPLACED 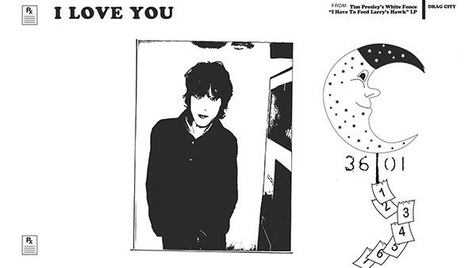 Throughout the epic daze of these 20teens, we've known/loved the music of White Fence, growing increasingly addicted to their contempo-psych twisted pop tunes, all marked by a distinctive signature: the classically-informed songwriting and subversive lyrical lamination of Tim Presley.

From For The Recently Found Innocent to The WiNK (where Tim stepped out under his own name) and up through recent collaborations with Ty Segall (2018's Joy) and Cate Le Bon (as Drinks), Tim is ever evolving! His unique ability to remain... END_OF_DOCUMENT_TOKEN_TO_BE_REPLACED 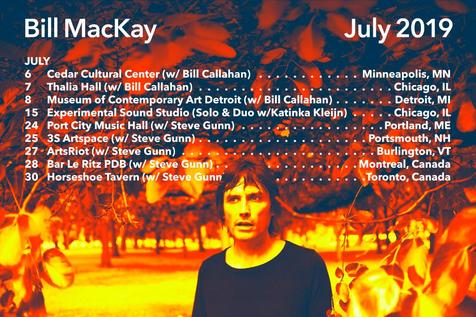 THIS SUMMER: JUMP INTO THE FOUNTAIN FIRE WITH BILL MACKAY LIVE!

With molten fingers working across a wooden fret board, Bill MacKay has all the sparkling you need to ignite your deepest summer fantasies! See, the freshly released and aptly named Fountain Fire has made waves with all the heads out there, and Bill's doing his damnedest to shoot the curl right into your ear-hole - both on record and totally live! Yes, MacKay's coming for you with all the hottest six-stringed, in-the-flesh action residents of the Midwest and East Coast can possibly handle... END_OF_DOCUMENT_TOKEN_TO_BE_REPLACED 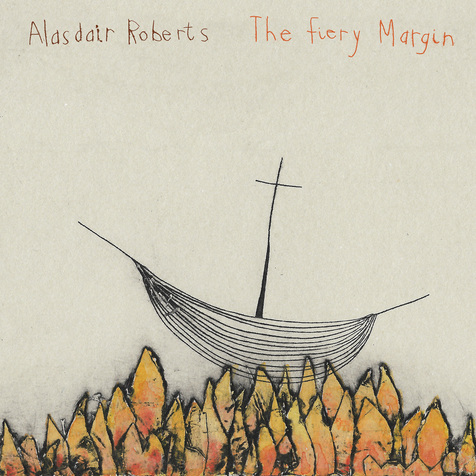 EARTH, WIND AND THE FIERY MARGIN

Whether we understand the reference in the line, it sums up Alasdair Roberts' approach as a singer and songwriter, now halfway through its third decade. Down the years, he has devoted himself to the history of traditional songs, playing them forward into our ever-evolving world as their meanings continue to evolve within him. Whether singing the auld songs, using inspiration from a line of text, or taking a time-honoured air as as... END_OF_DOCUMENT_TOKEN_TO_BE_REPLACED