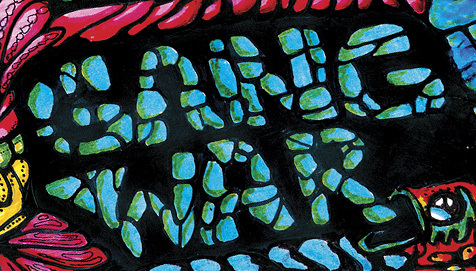 My sweet lord, do we have a discovery for yer heads out there far and wide!  Not long after the resurrection of the singular glam/genius platter intentionally known as Here Am I, a dark and mystic carrion pigeon touched down on our window still.  It flew at the bidding of cult icon/living legend Frederick Michael St. Jude, hipping us to another piece of his late 20th-century Ren-Man puzzle in but two words: GANG WAR.  Whuh?  Yuh! GANG WAR.  Derived from a... END_OF_DOCUMENT_TOKEN_TO_BE_REPLACED 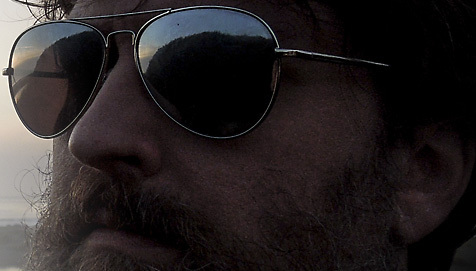 Six Organs of Admittance seldom provides the expected. Rather, it's safest to expect a deviation from all previous encounters whenever discussing a new album from Ben Chasny's blast of a band. Slight of hand, a prankster? Not all the time. Perhaps not even that often - dude is straight up with what he's doing, he just has the ability to cut it at such a rate, and with careful tangent that it blurs in the common eye. And sometimes, it's just that his gnarly... END_OF_DOCUMENT_TOKEN_TO_BE_REPLACED

Good - another new year! We follow the old Roman calendar, just like you, just like the good children of imperialists that we are. It matters to us that when you turn the page into 2015, you find a whole world that's good. Lest you doubt our intentions – don't worry, they are FAR from altruistic –  we hope you find a whole world that's good BECAUSE of (and filled with) Drag City records of all kinds! If we're not in the mix, fuck... END_OF_DOCUMENT_TOKEN_TO_BE_REPLACED 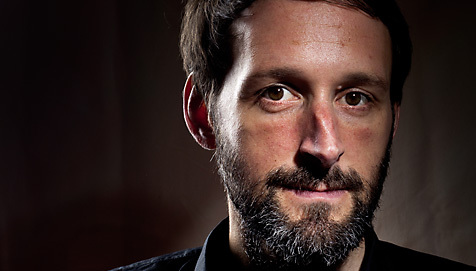 Scottish traditional singer Alasdair Roberts' new self-titled album is will be unveiled on Tuesday, January 27th, but as those few days might very well mark a time between feast and famine - and since we prefer that no fans of modern folk music die on our watch- a second preview track from the record was premiered earlier this week on NPR!

While it may be a bit late to celebrate the Harvest moon, "In Dispraise of Hunger" provides bountiful... END_OF_DOCUMENT_TOKEN_TO_BE_REPLACED 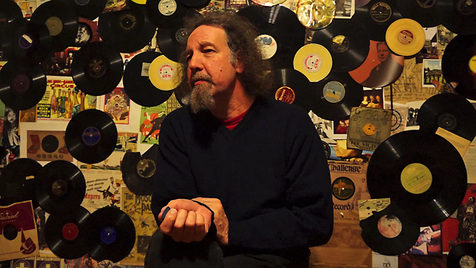 From the mind (and hands!) of one of the most brilliant guitar players of any generation, Sir Richard Bishop, comes the excellent Tangier Sessions! Yeah, February 17th sees the release of Bishop's newest album, finely and finally delivered to the fervent hands of noble devotees everywhere! SRB's wide ranging, maxi-cultural influences are on full display within Tangier Sessions' outwardly expanding compositions, delivering unparalleled depth of sound from within the comforting confines of a six-string. Oh, but what a six-string! This... END_OF_DOCUMENT_TOKEN_TO_BE_REPLACED 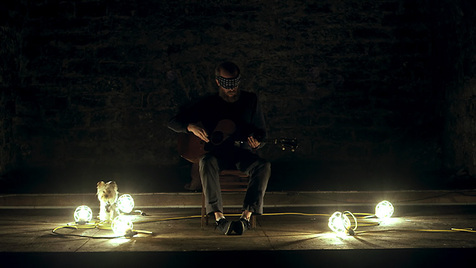 BONNIE 'PRINCE' BILLY BLINDFOLDED AND BEAUTIFUL IN THE VIDEO FOR BLINDLESSNESS!

Bonnie 'Prince' Billy continues his endless march to the Singer's Grave with a third single from last fall's classic career highlight, Singer's Grave a Sea of Tongues, in which the same material that had been gathered to build 2011's Wolfroy Goes To Town was used, in a different time and under different circumstances, to make a different record, allowing the songs to impact in new ways upon the singers and the players - and, in time, our listening ears and restless minds. 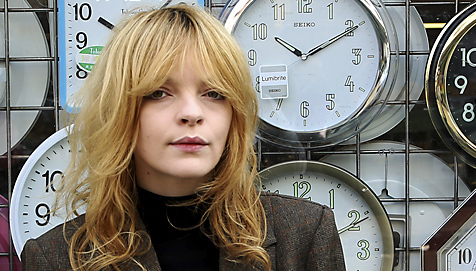 VOYAGES TO PROVE THAT THE WORLD IS PRATT

She's just returned from the land down under, Vegemite sandy left behind in customs. Jessica Pratt's back home in LA but the reports from OZ are phenomenal - punters were utterly floored, the shows were SO kinetic! Now as anticipation reaches an all-time high for the release of On Your Own Love Again (January 27, folks! Let that breath out, you'll live to hear the record!), we're straight-chuffed to announce Jessica's next grape escapes - A) up and down the West Coast of... END_OF_DOCUMENT_TOKEN_TO_BE_REPLACED 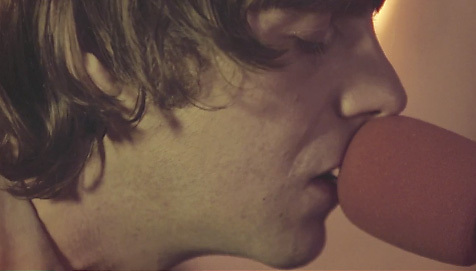 OI LADDIE - WHAT COLOR IS YOUR WHITE FENCE?

White Fence are but a few days away from taking their copious pop'n'rollin' talents first to France and then to the United Kingdom, where the British reverb chamber will accept them warmly, bangs and all. And from the UK, it's on to the cozy open pastures of the European mainland for tea, sympathy, and boundless rock n' roll sensibility. It's the USA Today, in Europe - the mirror looking back at you, displaying nothing but another empty mirror. How does it look from your end?... END_OF_DOCUMENT_TOKEN_TO_BE_REPLACED 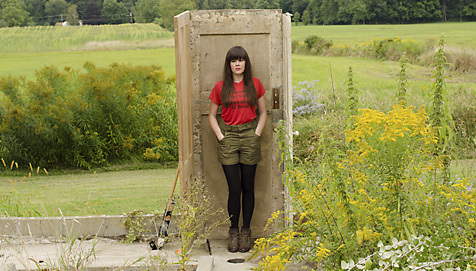 RESOLVE TO BE IMMORAL WITH ELISA AMBROGIO THIS NEW YEAR

Welcome to 2015, baby! We've totally hit the (frozen) ground running, but we’re not the only ones. Starting tonight, Elisa Ambrogio will be “Far From Home,” embarking on her first (but not her last) tour of 2015. While we’re bundling up in the eye of the polar vortex here in Drag friggin' City, Elisa will be out by the reservoirs with Nathan Bowles playing her fair-to-warmer tunes and descending upon the lush plantations of the Southern US (though to be fair, it's unseasonably cool down... END_OF_DOCUMENT_TOKEN_TO_BE_REPLACED 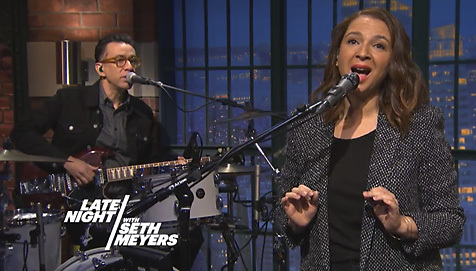 "Voce Tem," the rare breeze of light bossa nova first brought to the public's attention via Fred Armisen's Hometown Heroes series, is now America's hottest single! Initially recorded by Paulinho e Beatriz, "Você Tem" is having a breakthrough moment thanks to Fred's and cohort Maya Rudolph's soul groovin' duet version of it, performed Tuesday night on Late Night with Seth Myers! An integral and essential comedic talent of the last decade or more, Fred Armisen has his ears to the ground... END_OF_DOCUMENT_TOKEN_TO_BE_REPLACED